So today is Tuesday, November 11th, 2014.  It is the centennial anniversary of The Great War aka World War I.  Four years will mark the anniversary of Armistace Day, which began the end of the War, though the killing throughout the Old Empires would continue into 1922.

You guys are adorable!

There are thousands of cliches out there saying how this conflict made the Twentieth Century.  For once, theses cliches are accurate.  From a century on, the world of 1913, filled with both cinema, cars and airplanes and the Ottoman and Austrian Empires — to say nothing of the global imperialism and shocking racism.

There’s this awesome Youtube series chronicling everything!  Definitely worth a look:

Personally, I am EXTREMELY grateful for this renewed interest in the First World War!  I’ve always found it far FAR more interesting than “the sequel.”  You know the one, with the mustache guys, and the genocide and the nukes?  The one with Nazis? 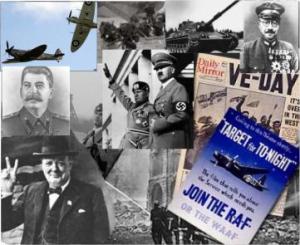 Sure, it’s flashier and has cooler tech, but frankly, it was too…well…simple, with Good and Evil too well defined….as long as you didn’t look too hard…

We laugh so as not to cry…

World culture, and video games specifically, has had it big for this mass slaughter that killed millions upon millions of people, no doubt because of the relative lack of moral ambiguities.  I mean, soldiers of genocidal regimes aren’t really people, right?

We got TONS of great games out of all that WW2 slaughter, though!  Yay…I guess?  Maybe we went a bit overboard with it?  I think the AWESOME Escapist comic Critical Miss put it best here.

But hey, at least now we’re FINALLY getting some great World War One games! Especially from indie studios!  In…2014…

Now I know what you’re thinking: “Dave, you heartless monster!  How DARE you talk about something as trivial as video games on VETERANS DAY!?”

On one level, you’re right.

On the other…well…we netizens, whether we know it or not, are in the midst of a war that may be just as meaningful to our generation —at least, those of us who didn’t go to actual war.  And it’s almost too convenient that it started almost exactly around a hundred years after the First World War.

Yeah, I’m going there!  I am that  INCREDIBLY BRAVE!

I’m gonna provide to you Brocast readers information about …

Fortunately, I don’t have, and have never had, a twitter account.  Every passing day makes this a better decision.

Now because I am a total coward, I am not going to officially take a side!  YAY!

What I AM going to do, though, is post a bunch of links and videos both for and against, allowing you, Oh reader bro, to make up your own mind.

You can follow the gamergate hashtag here for the raw, evolving story.

And here is the main anti-gamergate hashtag for an alternate view.

If you just can’t stand twitter (I know I can’t) here are four short videos, two each from opposide sides of the Gamergate Spectrum:

Two from the always intelligent, nuanced and talented Bob “MovieBob” Chipman in opposition to Gamergate:

1. On the differences between “Social Justice Warriors” and lawyer-hack Jack Thompson:

2. On discussions of censorship (Escapist):

From the Pro-GamerGate side, we have Christina Hoff “Factual Feminist” Sommers:

1. On the relationship between Third-Wave Feminism and Video Games:

2. On Criticisms of GamerGate:

Obviously there’s a lot more out there throughout the internet, I just thought it would be best to start with some of the best arguments in quick bits.

As to why I started off an article on Gamergate with World War references:

Sure, GamerGate is about Ethics in Journalism AND Mysoginy in Gaming Culture.  But how it has completely exploded has shown it is about a whole bunch of other things as well: media format conflicts, class issues, and, most importantly IDENTITY.  And conflicts over identity tend to be some of the nastiest of all.

Both sides want  to be like World War II: a glorious fight against Pure Evil!  The more the harassing and censorship goes on, however, the more obvious comparisons to The Great War of 1914 are, in the messiness, complexity, uncontrollableness and ambiguity.

What will come out of Gamergate?  Tons of hurt feelings and probably quite a few lost jobs.  Let’s hope that no one, y’know actually gets killed, like in a real war.  What new world will emerge in the 21st century media culture?  Hopefully one pleasing to both sides: with better journalism and less mysoginy.  Better respect for EVERYONE regardless of gender, race, sexual orientation, mental state, class or hobby.  And let’s try to make sure that the “solution” to  The Great Twitter Flame War of 2014 won’t be like an internet Treaty of Versailles.

Feel free to go crazy in the comments!