You may have noticed from looking at your cellphone or asking the nearest nurse after awakening from a fifteen-year coma that started when you OD-ed on Squeezits in 1999, October is fast approaching. As a matter of fact, it’s been October for over a week. Your phone is broken and that nurse is a moron. Or just fucking with you. I know I would. 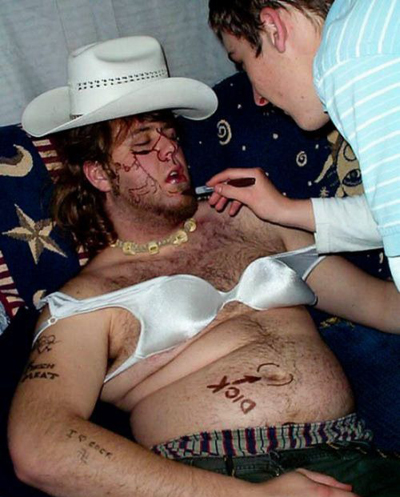 Chances are, you’re probably starting to wonder what in the Sam Hill to go as for Halloween. Unless you’re a religious fundamentalist or an overprotective parent, in which case you haven’t wondered anything in years. You dull fucker, you. So, in the continuing BroCast tradition of deeply insulting you as a person under the flimsy guise of giving you advice, I will present to you a list of some groovy, hep costumes, with instructions on how to assemble them, that will surely be all the rage this Samhain (Google it, you non-Wiccans out there).

Rob Ford – There are the obvious parts to this costume (the massive gut, the ugly wig, the generic politician’s suit, the being high on crack) but you should really focus on the neck. As awful a human being as this hilarious sonofabith is, his neck is the most disgusting part of him. 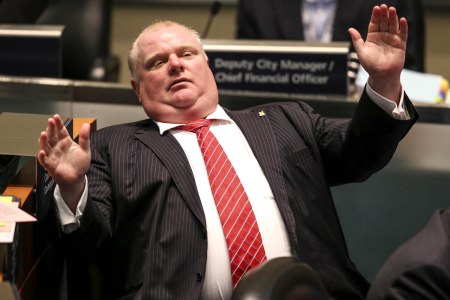 Anyone From Breaking Bad – Oh my fucking balls, it’s over, people. It’s done. Get over it and move on with your life.

Anyone From Orange is the New Black – Wear an orange jumpsuit, make out with someone of the same-sex, and yell derisively at anyone who isn’t watching you.

Vladimir Putin – Crush your enemies, see them driven before you, and hear the lamentations of the women. No shirt needed.

Jamie Lannister – Standard knight’s costume with a dash of gold spray paint to give you that Kingsguard look. For the serious costumer, remove your right hand and replace it with a gold one. Do it, you pussy. Also makes a great half of a pair’s costume. Go with your girlfriend to make people uncomfortable when you make out, or go with your sister for real authenticity!

Anything to do with Sharknado – Stop it. It’s exhausting and everyone is sick of you.

Katniss Everdeen – Be gorgeous, buy a compound bow and shoot it at wealthy people, and make out with a whiny baker who is two feet shorter than you. 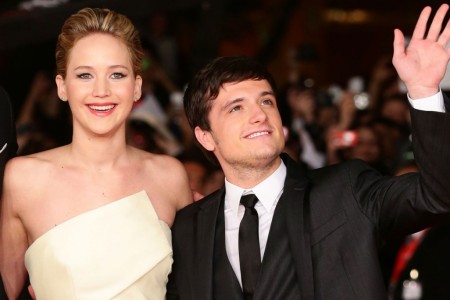 “Hobbits really are amazing creatures, as I have said before. You can learn all that there is to know about their ways in a month, and yet after a hundred years they can still surprise you at a pinch.” – Jennifer Lawrence

Detective Rust Cohle – A dirty dress shirt, a Cinderella wig, and a whole lot of crunches. This can double as a costume for literally any other Matthew McConaughey character ever, though sometimes you won’t need the wig.

The Deservedly Rotting Corpse of Fred Phelps – Recycle your old zombie costume and throw a sport coat over it. Add a name tag so people can tell who you are and let the smiles of joy roll in as everyone around you remembers just how dead that piece of shit is.

Sexy Whatever – The little dash of legs and/or midriff is played out. Show them titties or hang some dong. Go big this year.

Wilford from Snowpiercer – Ugly bathrobe and a steak. Works great as a parent costume. Just slather your child in engine grease and frighten a haunted, broken look into their eyes.

“I’ve never loved you. Now let’s get some candy.”

Constance Markievicz – Like you even know who the hell she was.

Obamacare – Everybody hates abstract costumes, especially ones with messages. Just stay inside and let everybody else have a good time, you pontificating prick.

Eric – Just take that Don Draper costume you undoubtedly have (you douche), complete with John Hamm wig, and add an ugly tie and a dash of weed.

All right, I’ve done all I can for you schmucks. Take my advice and pick one of these costumes and you’ll be a real HalloWINNER, instead of a HalloWANKER! Ahahahahahahaha dammit I hate myself.

By reading this blog, you legally forfeit your right to cry, eat tofu, or watch movies where people kiss in the rain and sh*t!
View all posts by Paul →
This entry was posted in Happy Stuff, Lists, Movies, Nerd Stuff, Sci-Fi, Special Event, TV. Bookmark the permalink.

1 Response to Don’t Be a Hallowanker