Paul and I have an undying love for Bioshock, a game written by Ken Levine conceived well-before its release date back in 2007.  There is a ton of analysis on the game, and several sequels that followed. 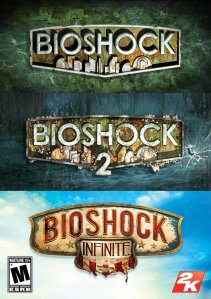 The most recent entry to the series, a downloadable episodic installment, dropped last week.  The entry was a smaller campaign that tied up some loose ends, but it was also Ken and his team’s last game at Irrational [shit, I remember looking up job postings on there], and probably the last entry in the Bioshock Franchise that we’ll see for a long time. 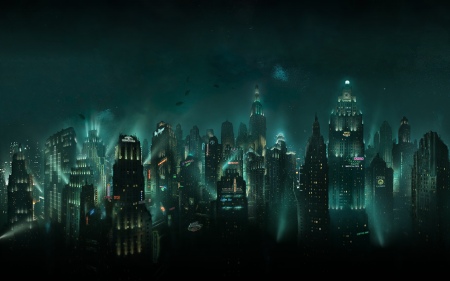 All good things flow into the city.

I’d like to take my criticisms that I had for this latest installment, and (in the least spoilerrific kind of way) instead put a positive spin on them, offering to help KenLev with his future games.  Can we call you KenLev?

Just so you know, Ken, we took a handful of screenwriting classes in Boston, so we’re total pros in this field.

We also love your work, and want nothing more than for you to succeed.  We know you channel criticism into making your next project better, how to be the bigger person when someone gets offended, and you know how to switch gears between die-hard gamer and new gamer.  There is a reason why 1999 Mode exists.  We get you, Ken Levine. 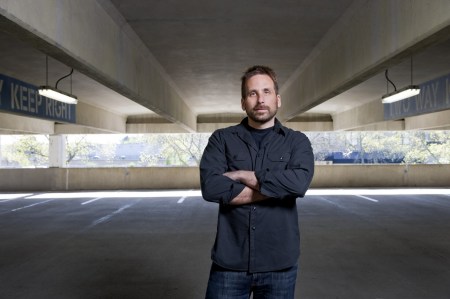 Here are Ten Solid Reasons why Paul and I would be the perfect bros to have help you make your next game spectacular(er), and keep the Levine name associated with great games:

1.  We are Different Gamers:  Paul and I represent opposite ends of the spectrum when it comes to playing games and solving puzzles.  He has had his say and so have I.  Paul goes in guns-blazing, and I tend to hang back and scout.  Though we have unique play styles we both admire replayability and a great story.  When we have options with our gameplay we are happy.  Since our methods are so different we can work with you so that every kind of gamer can be happy.

2.  We Know How to Translate Difficult Concepts:  There is a level of insanity that we share, and one of us recognizes what the other is saying.  It happens every week.  It is called BroCast News.  We’re a lot like these twins, but dressed better.  When one of us doesn’t get it, the other bridges the gap with a Wittgenstein’s Ladder. 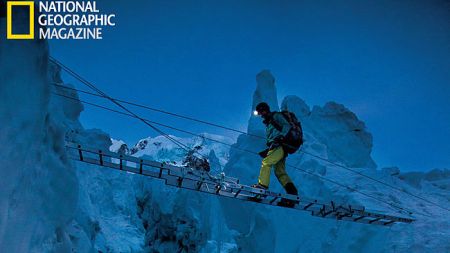 See what I did there?  You are a huge fan of big concepts and theories, Ken Levine, which range from political and economical, to technological and philosophical.  We will help you translate your complex ideas into an understandable, simplified explanation for the lowest common denominator (who is usually one of us).  Also, Stairs for Boats. 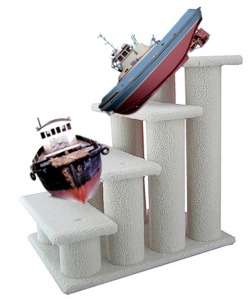 3.  Rapid Spitballing Brainstorm Sessions:  We’re still trying to work out the bugs in this one where we don’t end up switching into silly posh accents, but we know how to take an idea and run with it.  It is like a wild game of hot potato, only the potato grows with each passing.  We do it at bars sometimes when we’re bored.  You need constant imagination, and we offer that by the truckload.

4.  If You Go the Meta Route, We’ll Keep You Grounded: – Ken, you might have an awesome idea like, “What if we disguise the game’s opening loading screen as a children’s learning segment for boredom as the game ‘loads.’  The load bar never follows through to the end, and the gamer plays these childish games to pass the time.  This, in fact, is actual gameplay, and we have the player erroneously create/build the antagonist, setting it free upon the game world?  That makes you, the direct player, responsible.”  To which I’d reply, “I like it Ken, but if the controller suddenly comes alive then we’re going to have a problem.”

5.  If Something Doesn’t Work Now We’ll Find Somewhere it Can Work Later:  One of the hardest things with any extensive project, be it a script, a video, a movie, a game is having to trim the fat.  Scenes don’t work.  Concepts don’t flesh out well.  Things have to get cut.  The joy in the world of gaming is that you can always expand with these downloadable episodic installments. 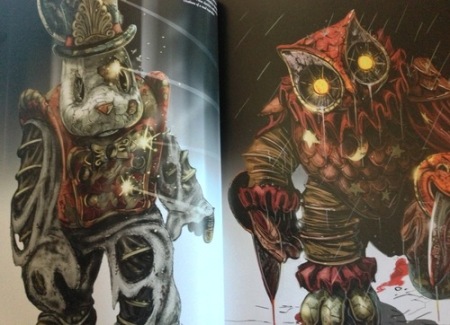 There is nothing worse than wasted potential.

…We could build a concept for you.  Backstory.  Supportives.  Primaries.  Journey.  Risk.  Goal.

It’s new — you slap it onto a new downloadable expansion — and Bam!

6.  You Love Fancy Wordplay:  So do we!  CRIMEA RIVER.  Though it is hard to provide our examples without a long explanation of context, we do understand the concept of a good hook, and the unique method of doublespeak. 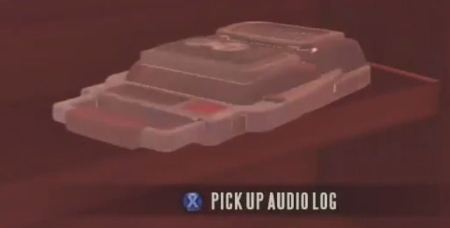 “…Just you wait, I’m going to tell my big brother on you…”

7.  We Love Red Herrings, Foreshadowing, and Backstory:  And a good magic trick, too!

8.  Paul is a Damn History Nerd: – I’m not even kidding.  Seriously.  Battle at Wounded Knee?  Paul knows it.  The Bridge Over River Kwai?  He knows all about the real deal.   The names of the stagehands at the Ford Theater the night Lincoln was shot?  He knows them.  Probably.  Maybe.

If you want an interesting point in classic history to execute your concept, Paul has got it covered.

9.  We’re Just as Cool with Interpretation-Freedom as You:  – You like your audience to interpret things a from a certain perspective in your stories.  That is storytelling’s number 1 goal.  We understand that observation is one thing and interpretation is another.

Not all stories need closure, nor all questions need to be answered, but we won’t lose focus on what elements are important and do need closure.  We won’t ever LOST your story, Ken, nor let the important elements slip through the cracks.

Though I only limited myself to ten entries this list could go on and on.

The choice is yours, Ken Levine.  Maybe you should flip a coin? 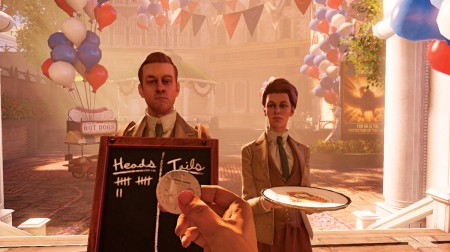