If 2013 was the year of any game, it was a tie between Bioshock Infinite, other games that Paul has loved, and Grand Theft Auto Five, or GTA5, or GTAIV (there’s a million hashtaggable ways to identify the game.) 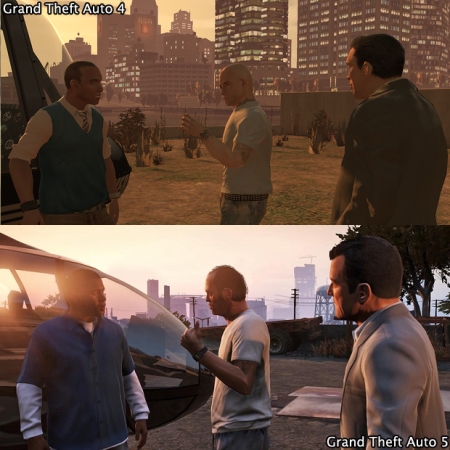 I remember having enthusiasm for the one on the top. In college.

On my desk here lies Grand Theft Auto 5.  I have played 15 minutes of it, and yet, I feel so uninspired to play.  The map is the biggest it has ever been, but in some sad way it feels so empty.  When I stalk splicers in the narrow confines of Rapture I find it so much more satisfying to play alone and get absorbed in the world, or observe others play habits.  It is always a fun study.

Don’t get me wrong, I used to really love open-world zaniness of no-consequence games like Saint’s Row 2 and 3, (both games that I began to play as a straight-through, linear chain of events, with few deviations) but when a game is too big to explore, I won’t explore it.  Secret rooms in a level are fun.  Secret rooms in an asylum, or a decrepit city are a job.

Oh my god I have to do this how many more times? The entire game?

Bigger-worlded games are better played with company.  That is why Mario Party games exist in so many…many installments.

Murder, mayhem, games where you can die, passing the controller back and forth, in my opinion, was a shared gaming experience and it’s fun.  Now there are many games where other people over the internet can step in and play with you, you’re essentially going into a multiplayer game and having to rely on strangers over the internet.  Does that sound like fun at all?

You got my back…or are you going to shoot us all when we respawn?

You have your Tantrums, your Tempers, your Trollers, your Campers, your Glitchers (sometimes referred to as Laggers) your nOOBs, your Vets, and your Traitors.  The terms and concepts are so meta even this acronym.

I wrote this article because I worry that the First Player Gaming Experience is going to die out.

The only way a first player game works is if you have the right balance of interesting story, interesting and varied enough gameplay, and an absorbing environment.  That’s it.  Problem solved.  Pay me.  Then review these.

On a side note, a friend just showed me the following website.  The game currently being streamed came out only this week.  (That is how dated this article will be) 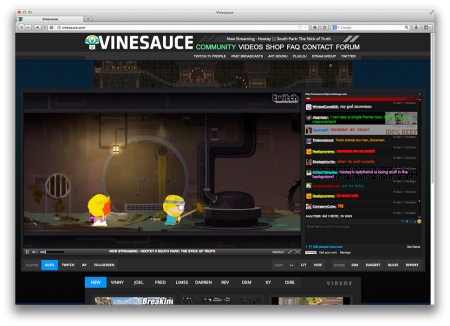 This is on a Friday night. A single player game.

I never knew such a thing existed.

And some of these things that people stream are documented for life.

I still don’t see the appeal of this.  That is way too much attention.

– He said as he hit publish on WordPress, sending the article out to Twitter, Facebook, and the rest of the blogosphere. –