All right Internet.  Let’s do this, because I’m getting so very, very tired of seeing this appear on my news feed:

“OMG DID YOU SEE THIS? HOW BRAVE!”

Haha you got me Chive.  You pulled the wool over my eyes.  Well done!

But, come on, let’s talk about how awesome Elan Gale’s Great Tweet War with Diane on an airplane was, where this TV producer found some annoying woman on an airplane:

Which culminated into this note: 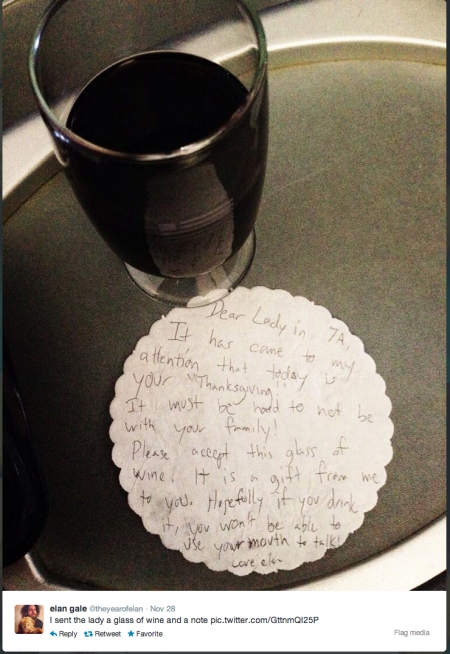 A note later read by this chair: 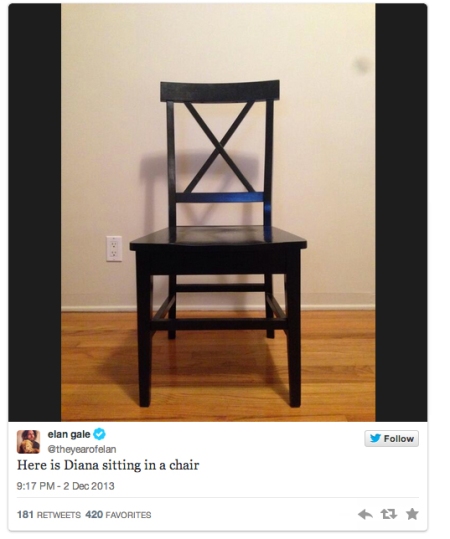 You showed me along with all of your Twitter followers.  Those suckers!  Funny stuff, Elan.  It is too bad Diane wasn’t actually Justine Sacco.

That could have been fun.

Did you guys see this one about the worst twerker ever?

She lights herself on FIRE!  DID YOU SEE THAT?

The video, which circulated for months, was later revealed to be a prank by late night host Jimmy Kimmel: 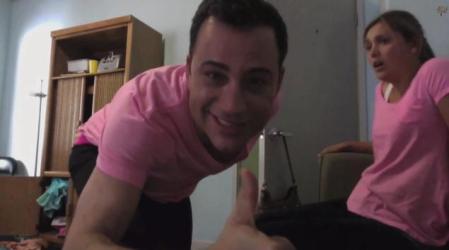 “Apologies to Matt Damon, but we’re out of time.”

Look, I love a good joke more than anyone, and I am delighted when someone truly believes in the adage that, “If it is on the internet it must be true!”

All of these “viral sensations” are creating a Boy Who Cried Wolf-effect across the blogosphere, and that cannot be a good thing in the long run.

What these hoaxes should be doing is waking people up to the concept of fakery, or how checking your sources before blowing the whistle (looking at you, CNN) is beneficial for everyone.

But no one will ever do that.

It is easier to click the “retweet” or “share” buttons faster than Googling and double-checking to make sure that thing you’re about to share isn’t some straight-up bullshit.

Grumpy rants aside, at what point do we become absolutely (now that’s just confusing), or rather, unperturbed by these things?  How many more hoaxes will it take before the cultural norm is to instantly dismiss people’s genuine acts of kindness, or meaningful deeds, or true pains as “bullshit”?

There is only one thing that I do have full faith in — the one person on the internet who I know will never betray us:

Most people pray to god. I pray to Patrick Stewart.