…Will never say anyone ever.

A lot of the ground I wanted to cover was already derailed by my posting over all those stupid links from Buzzfeed.

I’m sure people a lot older than me can attest to their reasons why their birth year was the best:  The end of Segregation, the first man into space, the hippie movement, Star Wars, etc, but right now, here are six quick cycles my life has bore witness to so far.  As you read these think in your mind where can they go from here?

1)  Time – I didn’t know what to categorize this under, so it is under time.  As a child in the 90’s I got to witness as the prefix changed from 1900 to 2000.  No longer could there ever be a 1999 (and in an unrealted note I’m calling bullshit on you, Mr. David Wiesner.)  Simply put, the next generation will have a two-zero prefix for a long, long-ass time.  Two-one’s and Two-two’s as prefixes will take forever to get to…literally…hundreds of years.  But on our manmade concept of time, and in our manmade numerical calendar, I got to see a pretty drastic change in prefix.  Bully on me.

Avid fans know the quote I was going to put here.

2)  Music – In my lifespan I have seen the gradual transformation from old 90’s rock to autotune, to “Justin Beaver” to whatever the hell Skrillex is.  Dubstep?  Is that what it is?  No, I am seriously asking.  Imagine a band you really liked growing up as a kid, then imagine if you were brought up with that and Skrillex simultaneously.  Doesn’t that just sound shitty?

3)  Movies – It has come to my attention recently that about 60% of reboots and remakes being made today have already been made while I have already been alive.  Judge Dredd, Robocop, Spider Man, The Hitcher, are the first ones to come off my head.  I’m not doing my homework on this one.  You go IMDB stuff, fool.

Another cool thing that I bore witness to was the use of practical effects like animatronics and small scale miniature to effective use of CGI, to an utter overkill of CGI, to Sharknado.

Sorry Avatar.  You ain’t got shit on these sharks.

That’s totally a lie, but you have guys like James Cameron, and Alfonse Cuarón trying to one up their last great work, and how movies can be so much more innovative.  But that of course, brings us to the big one, and a lot of how movies can be shot and edited and enhanced all comes from…

4)  Technology – This is a huge topic, but all you have to think of is that one these:

A) Probably never, ever spied on you and collected your personal data, and B)  Is considered an antique.  Not more so than VHS, but then again, how many people still have a VCR?  To say the VCR is a dead technology is something we’ve all known since at least 2006-8.

I saw the death of the VHS, and (very, very slowly) the death of the DVD.  Video games jumped from Super Mario to fully rendered, motion-captured, thousand-polygon’d games of today.  Remember having to load your camera with film?  Half of my life-in-photographs is in a book in someone’s basement while the other half will be on a computer drive, or on my cell phone .  This rapid upswing in technology is a fun thing to see. 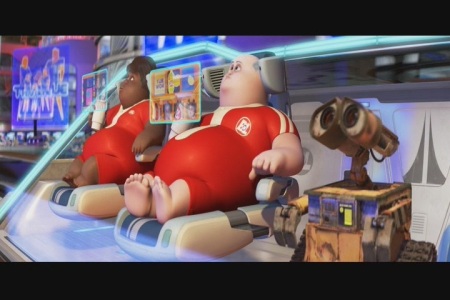 Technology will make this happens. To everyone.

Your good friend’s Future Son’s/Daughter’s baby pictures will always be instantly shareable.  The whole point of going to see family was to stay in touch, but now, technology makes it easier for that too, because of…

5)  Social Interaction – As a kid you would go to the baseball fields, the mall, or (wait for it) “Pickles” to find people to hang out with.  You actually made an attempt to be social.  Friendships were made through human interaction, not belitting people on YouTube comments and trolling each other on games, messages, farms, and instagrams.

Paul is (probably) really glad he missed this over Words With Friends. 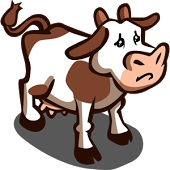 There is such a joy in having had the intensity of Facebook be gradual as opposed to an immediate social norm.  There was none of this bullshit in trying to provoke people to “tilt” a mall.   Having not had social media when I was younger I have realize that I lived at a time where people still knew how to socialize offline, actual human contact.  It was from this human interaction that helped shape…

(Where are we going tonight, fellas? And what month is it?)

On the other side of the coin with this, there are cases where social media helps drive social acceptance, but that is a debate for another time…or with Jason in the comments.

There could always be more to add to the list, but for now it is late and I am tired.