“Animal fury and orgiastic license here whipped themselves to daemoniac heights by howls and squawking ecstacies that tore and reverberated through those nighted woods like pestilential tempests from the gulfs of hell.” ~ H. P. Lovecraft, The Call of Cthulu

The above image is not a joke. It’s not a Photoshop or a meme or a meme-o-shop or whatever the hell else it’s called when you idiots put stupid words over pictures of ugly cats and throw them on the interwebs. That is a real CD being sold exclusively at Starbucks. That you can buy. With money. To listen to. For children. And their soft, malleable, stupid brains.

No warning labels, no stickers, no shameful back room you have to go into to find it like at a decent pornographic wares shop, no nothing. Just a pile of them sitting there on the counter with the gift cards, reusable coffee cups, and leftover Kelly Clarkson Christmas CD’s. As a civilized society we’re supposed to protect children, keep them from seeing horror and mind-warping depravity until they’re at least old enough to find internet porn on their own. But here’s Starbucks, with nearly 11,000 locations in the United States (as of 2012), shoving the gross social perversion of hipsterism into kids faces in public via CD like a schoolyard flasher with musical genitals. Typically that’s the sort of crime that gets people put in prison and/or on certain lists for the rest of their sick goddamn lives.

One of the many scenes of the crime.

How in the chocolate-flavored-fuck did this happen? Was it not enough that our world, in particular my city, is filling up with seemingly endless hordes of twenty-somethings and thirty-something-even-worses wearing scarves year-round, waxing mustaches, and verbally jacking off at each other’s faces about craft beer and who lives in the most “bourgie” neighborhood? Now they’re trying to breed a whole new generation of insufferable pricks with tight jeans and ironic tattoos of 1980’s video game characters. Trying to pass on their twisted way of life to keep dive bars and books stores filled with terrible human beings for decades to come.

Where are the special news reports? The advocacy groups? The outraged communities who don’t want their children becoming pretentious little monsters? The sappy TV commercials with Sarah McLachlan yodeling all weepy-like over sad images of brainwashed little douchebags? Where’s Anderson Cooper gazing earnestly into some weeping interviewee’s eyes? Where is the To Catch a Predator special where Chris Hanson ambushes people attempting to buy this CD and demands to know why they would do such a thing to innocent children? Where are the cops that tackle and club the shit out of that very same person when they try to run? Where is the very special “ripped from the headlines” episode of Law & Order: Special Victims Unit? Detective Benson interviewing a young kid wearing a knit beanie and a look of empty fear in his or her eyes, Captain Cragen behind the two-way mirror shaking his head.

“Can you tell me where mommy goes to get mustaches tattooed on the sides of her fingers?”

Cut to the raid on the parents’ apartment in Williamsburg. Walls covered in photos of food shot through Instagram filters. The overpriced futon strewn with glossy books from Urban Outfitters. An old typewriter with half of a terrible screenplay sitting next to it below an indie film poster in an expensive frame. And, in the child’s room, this very CD playing on an endless loop. “See You on the Moon” by the Great Lake Swimmers warbling away as the rookie in uniform runs outside to puke in the street. Detective Rollins is in silent shock while Amaro impulsively calls his ex-wife to check on his daughter, his voice nearly breaking with anguish. *CHUNG CHUNG* 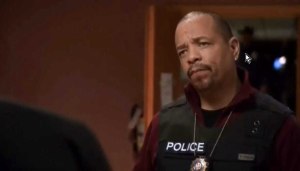 “You know what they do to sickos like you in the joint? You gonna find out,” Tutuola sneers while roughly handcuffing one of the parents next to the stack of Radiohead vinyls.

People need to be warned about this terrible threat to our nation’s children. And if this post serves as the vanguard, then so be it. I will proudly lead the fight to keep hipsterism away from kids. After all, those little wankers are annoying enough without this crap. And I need to be able to go into the Starbucks by my office for my daily green tea without having to contemplate the horrors of another generation of insufferable jackasses. At least most of the hippies had the courtesy to either sell out or die instead of spreading their brand of bullshit past the 1970’s. Can you imagine if that generation had stayed the way they were/alive when they came into power? If you think Congress is ineffective now, imagine them all stoned as balls listening to sitar music. Yeah it would be hilarious at first, but for how long? 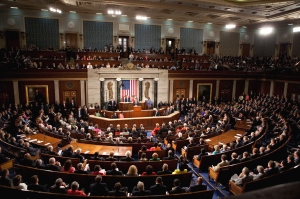 “We will now vote on the bill to focus our communal energy towards the positivity of the universe, with rider for the ordering of, like, 600 burritos. All in favor, say ‘groovy.’ The vote is unanimous.”

What will become of us if this goes on, if the hipsters corrupt the youth of America? Only tragedy. Annoying tragedy. Our society will rupture from forced irony and smugness of biblical proportions. You want a picture of that future? Imagine a man in a fedora and cuffed pants rolling his eyes while stomping on a human face with Converse high-tops – forever. This will be the beginning of our fall and we’ll have no one to blame but ourselves. And Starbucks. And the world will end with neither a bang nor a whimper, but with track #9:  Michael Viner’s Incredible Bongo Band’s  “Bongo Rock.” May Cthulhu have mercy on us all.

PS: If Dick Wolf is reading this, feel free to contact me about writing that SVU episode. And tell Mariska Hargitay I love her.

By reading this blog, you legally forfeit your right to cry, eat tofu, or watch movies where people kiss in the rain and sh*t!
View all posts by Paul →
This entry was posted in Assholes, Hatred, Hipsters, Man-Tears, O Brave New World..., Paul is Grumpy, Rage. Bookmark the permalink.