Ladies and gentlemen, the time has come. The year is at an end and award season is fast approaching. The red carpets are being rolled out, TV and film executives are salivating onto their comely mistresses, and terribly boring people who look good on camera are writing self-indulgent speeches to thank people nobody gives a shit about for doing nothing. In that spirit, but also with the spirit of doing things way more awesome than all those other mooks, this year we (by which I mean “I”) will be doling out our very own awards to recognize the most bro-tastic and bro-tarded what-have-you of aught-thirteen. So collect up money for the betting pool, open some expensive scotch and cheap wine, and invite over your catty gay friend, because it’s time for an award show. It’s time for… 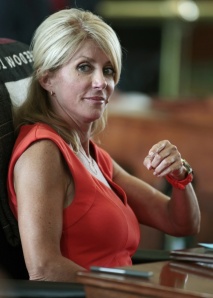 I’d fili her buster, if you know what I mean. I sure as hell don’t.

So, obviously, this is one good looking older lady with a lot of moxie and class. Harvard law degree, raising two daughters, and working towards a 2014 run for governor of Texas, despite being about as liberal as one can be in the Lone Star State without being legally declared insane. And while her political stance and heroic, albeit pyrrhic, stand on the statehouse floor probably turn off some of our more conservative readers, we don’t give a flapping fuck. We’re rooting for her and admire the hell out of her. And I would very much like to lick peanut butter off her while she wears nothing but her pink sneakers.

The world is even more awful without this great man in it.

Eric and I already gushed out our drunken laments to mourn the passing of President Mandela and, frankly, if you don’t agree that he was the greatest loss we as a species suffered this year, then you should eat glass and jump in front of a subway. Madiba may be the father of his nation, but he’s a bro to us all. And he will be missed

Runner-Ups: We lost a bunch of good people this year, as we always do. Lou Reed, Peter O’Toole, Marcia Wallace, Tom Clancy, Dennis Farina, James Gandolfini, the Granite Mountain Hotshots firefighters, and other people who I probably forgot or accidentally skimmed past on the Wikipedia list of who died this year. 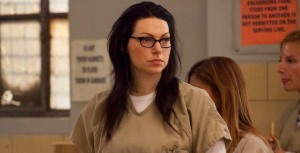 If you want to see the actual goods, Google it your damn self. I’m not doing your dirty work for you. Hot, shapely, dirty work.

Yes, she has come a long and mostly-unsuccesful way since being the hot girl next door in everybody’s third or fourth favorite Fox TV show of last decade. But this past year she did  humanity the favor of showing the full view of the ta-tas many of us longed for all through high school in the critically acclaimed Netflix series. Personally I haven’t seen a single episode, but I already love it based on the photos I looked at for this article.  And people wonder if original streaming content is worthwhile. Idiots.

Runner-Ups: Google boobies on your own already, you lazy bastard. I have a scene to find and repeatedly re-watch. 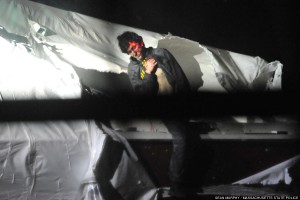 Ha ha! Way to bleed profusely while being arrested, you fucking asshole!

This is a pretty self-explanatory one. The only reason his even-worse-human-being of a brother didn’t win this one is because he’s fucking deader than hammered dulcimer music. Which is why he won the next award.

Runner-Ups: George Zimmerman (because duh), Philip Chism (also duh), Aaron Hernandez (because he’s a New England Patriot, and also he murdered someone), and Bashar al-Assad (you should really know who the fuck this is by now).

Fuck Off and Die – Tamerlan Tsarnaev

First you were ugly, now you’re dead. If only you could have skipped all the things you did in between.

We here at BroCast News are happy to give this year’s award for the person who was most deserving of the death they got in 2013 to this cocksucker. In any other year, we would have had some tight competition amongst the others assholes who bought the big, douchey farm over the last twelve months. But this chode took the cake. See you never, putz!

Runner-Ups: Ariel Castro, Harold Camping, Chris Dorner, Aaron Alexis, all the various people who killed themselves or died while shooting people at schools/malls/etc.

Runner-Up: Saul Goodman (in honor of the raging boner Eric has for all things Breaking Bad). 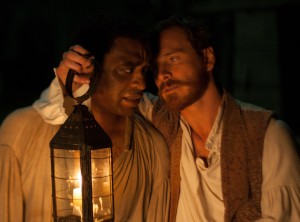 All right so maybe not exactly the most bro-tastic film of 2013 (that would be Iron Man 3), but come on, this movie is just so fucking good. Yeah, I know, it will probably go on to win a shitload of other awards over the next few months, but we’d like to be recognized as the first. And the best. And sexiest. And the one with the biggest penis. And so on.

Runner-Ups: Anything with Jennifer Lawrence in it. Always. Forever. I love her. So much.

You Done Fucked Up – Rob Ford 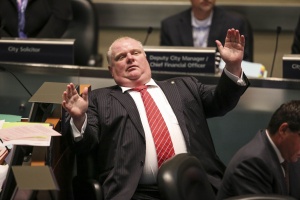 As with every year, we had a whole smorgasbord of complete fuckups to choose from for this. But when it comes to being just a never-ending pile of increasingly embarrassing and disgusting failure on every conceivable level, the good Mayor of Toronto takes the cake. And I guarantee you he would eat that whole cake with his gross, meaty hands while sweating the way a normal person would after running up Pike’s Peak while carrying Rob Ford in a babybjorn. Which is now a nightmare you will have tonight. You’re welcome.

He taught us so much and asked only for beer and increased viewership to allow production of his show to continue. He got beer.

Now that Futurama has seen its final episode (for the third and probably last time), it seems that the adventures of our favorite brash and unapologetic robotic felon/war hero/actor/paparazzo/pro wrestler/celebrity chef/Nixon advisor/female Olympic gold medalist/Santa Claus/bender of girders have come to an end. And even if a certain BroCast cohost found reason to complain about the final season, I found it as good as any they’ve done before and will pine for what was a shining light in the murky sea of turds that is television. For all the joy he brought us, for all the times he made us laugh, and for all the humans he never got the chance to kill, we salute Bender Bending Rodriguez. 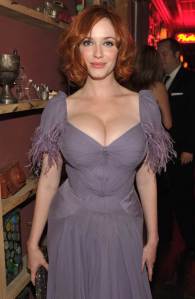 Yep, that’ll about do it.

Well folks, it’s been a hell of a year. Mostly shitty, but no more so than any other year. I mean we’ve definitely had worse ones, like 1095 and 1825. So buck up, dummy! We hope our ceremony has caused you all to nod your heads and smile in happy agreement with our (meaning “my”) choices. If you disagree with any of them, get plowed, moron. After party at your mom’s house! Winners only. Have a happy New Year!