So while we’re all not wondering how funny it would have been if one of the trucks veered I think it is time to talk about one of the worst things on the internet:  Change.

This week YouTube did something (somehow) where the comments are formatted differently and the YouTube community exploded.  Now, instead of being able to troll anyone Commenters have to link their page with their e-mails…or something to that extent.  It’s tubes.  That’s all I know, I swear.

While I don’t feel so personally affected by these changes, as I retired from the life of endless trolling.  Those were dark times, and we can all recall the great Habbo Hotel Terrorizing of 2002, or the PalTalk Raids of 2003-2004.

I don’t want to sound like an old man, but my immersion into the world of the internet started in anonymity.  ‘Kids these days’ have no idea what it means to be anonymous anymore.  Now, with everything linked up, anyone can pretty much track anything you do. and I understand the frustrations of not being able to have that anymore.  Having everything broadcast is extremely invasive.  That is why there is a share button integrated on most retail websites and consoles, so I can tell Facebook and Twitter that I just bought the Season Pass for Bioshock Infinite. 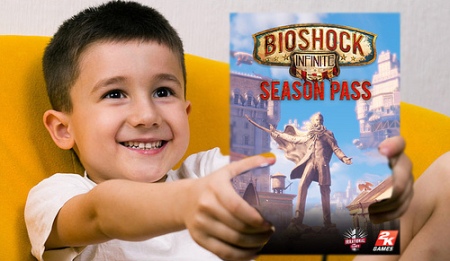 I wish I could take credit for the terrible photoshopping…

No worries, Paul, I’ll get through it, happy texter.  From reading his article, this should cap off my Saturday rather nicely.  Nature?  Pfft!  Who needs it.

But I’ve strayed here.  The internet, despite being so massive, has tightened the noose on being able to track you.  Very few websites don’t need to you to sign up with a login and password, and a good chunk of these can be logged into with Facebook credentials.  Life is so much more public now than ever before.  This is both a good and a bad thing.

Example of Good:  One of my colleagues at work just had a baby boy.  He’s an awesome baby, and, of course, I got to see him because of Facebook and other Social Media.

However, an Example of Bad (depending how you interpret it):  My colleague’s baby will grow up with no real, tangible photo albums.  Every moment until he joins Facebook will be posted to Facebook.  In 50+ years his whole life will be timelined, and whether or not it was the Scary Clown Birthday Party of 2018, or the college graduation in 2037 these moments are documented, broadcast, and published.  The Way Back Machine exists for a reason.  Imagine if it could connect with Facebook.  How terrifying would that be if Facebook became the new Shorpy when looked at through the Way Back Machine.

This is what comes up when you Image Search for it. No joke.

But I don’t need my social media pages connected.  I don’t need my Scrabble with Friends tied into my Facebook, nor my Twitter connected to my Linked In.  I don’t feel compelled to have my Seamless account linked with my Weather Channel Login.  Merging everything and consolidating works with packing a bag, creating a presentation, and moving in with your girlfriend.  On the internet I’d rather have less accounts intertwined and talking to each other.  I’m happy being five people:  An IMDB’er, a Facebook User, an G-Mail User, WordPress Blogger, and Instagram’er, separately than having all of these rolled into one annoying mass.

But seriously, what are the people with multiple personalities going to do?