With over 100 posts and 107 days under its belt, this fine blog of ours continues to be a vital, active part in the writhing, sweaty orgy of shame and hilarity that is INTERNETS. As such, I am sure our loyal readers would like to know more about our mostly-non-brain-damaged writers. Since most of those bastards are too lazy and/or concerned with their privacy (Special shout-out to Neil “The Chummler” Paskewitz, the NSA special agent in charge of monitoring our blog. Hi Neil! How are the kids?) to write much about themselves beyond their love of meth-based TV shows and hatred of Citibike, it’s up to me. 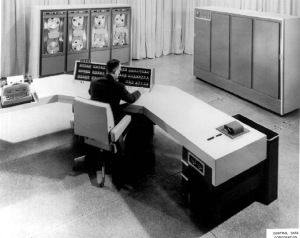 So, in order to please our fans, from those teeming hordes of rabid, blazer-wearing P. D. Montgomery lovers to the community of plus-sized grannies who fetishize Lee Powers, I will present here the life stories of the swell members of our fine staff. Enjoy. 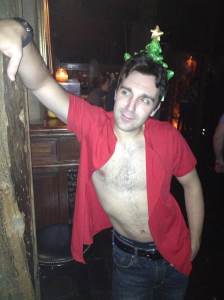 That’s not a Christmas tree on his head, his hair just looks like that.

Eric was born Frankie “The Red Panda” Funkaducciola in New Jersey’s scenic East Goombahton during the infamous shootout between the heads of the Vinnieboombatz and Frutti del Mar crime families over whether or not the Olive Garden counts as “real Italian food.” Newborn Frankie was the only survivor. He was raised by his uncle, the infamous mafia hitman Chadworth “Optimus Prime” Remington, Esq. and trained in the family business. He performed his first hit when he was only fifteen by injecting a turkey baster full of alfredo sauce into the man’s carotid artery, causing his heart to explode. It left local police horrified, mystified, and a little bit hungry. He became a made man and earned his nickname due to his loudly espoused belief that communism would only work for bears.

That was the plot of Red Alert 3, right?

Things took a turn, however when, on his 22nd birthday, Uncle Chadworth was whacked by a burgeoning drug syndicate run by anorexic celiacs called The Wheat Thins. Disillusioned with his life of crime and unable to remember his favorite meatball recipe (Step 1: Go to the store, Step 2: Buy meatballs), he turned state’s evidence. He was put into witness protection and, as part of his plea deal, was ordered to do community service. He argued it down to co-hosting BroCast News. On the side, he owns and operates several bushes in Central Park. 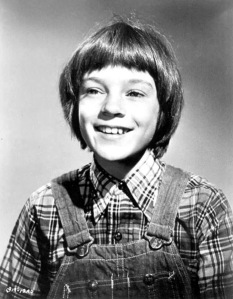 Pictured at her senior prom.

The twin sister of fellow staff member P. D. Montgomery, Jean “The Merrimack” Louise lived the first twelve years of her life in an authentic 1931 Emerson iron lung. While not a sufferer of any debilitating illness or disability, she merely found it a comforting combination of “the hollow, undisturbed quiet thrum of the womb with the cold, unfeeling strength of the machine” (taken from her 2009 centerfold interview in Stevedore’s Fancy Quarterly). Thusly she earned her nickname for having been “ironclad” for so many years. Upon leaving the device, she quickly proved herself an adept scholar and wordsmith who earned her Harvard diploma at age eighteen  by stealing former vice president Al Gore’s.

She wrote articles in The Boston Globe for several years, typically with a pen in the margins after her copy was delivered each morning. Frustrated with the newspaper’s lack of coverage of topics she felt most relevant (people she hates on Twitter and fellow pasty women on TV), she moved to New York City with a plan to sell one or both of her brother’s kidneys to an abstract art gallery for two million individually packaged clove cigarettes. She began writing for us immediately, though is probably just biding her time until she can get those kidneys.

He wears this every year, 24/7, between Memorial Day and Labor Day.

Lee “E” Powers is the fifth child in a family of professional circus strongmen and strongwomen. Legend is, he was conceived when both of his parents were pulling trucks with their teeth via chains towards each other. When the chains snapped, the momentum carried his mother and father forward and their loins collided. Lee grew the trademark beard you see above at the age of three and it has stayed the same length ever since. It cannot be shaved, even with the mightiest of Elven blades, and has the strength to suspend an African bull elephant or several very large horses. We attended high school together, where Lee once saved my life by eating a chalkboard that had fallen over and trapped me beneath it. He went to college in Kentucky’s famous Mammoth Cave and majored in arson.

Upon graduation he briefly worked in the family business but lost interest after an onstage accident caused his thumbs to switch hands. He tried to go back to his alma mater to teach, but lost out on gaining tenure to a large fruit bat with a glass eye. In his following bout of depression and subsequent addiction to baby aspirin, it was easy for us to swoop in and scoop him up to join our staff. He currently rents a bush from Eric and can also be seen in HBO’s Game of Thrones as Jon Snow’s fur coat.

Mr. Montgomery with one of his students.

P. D. “Pee Dee” Montgomery calls himself the “intellectual” of the staff, a title given credence by his use of words nobody else is sure are real and the fact that Sarah Palin once tried to hunt him from a helicopter. The twin brother of Jean Louise, he was born several minutes after and three counties east of her in the back of the station wagon their parents were fleeing from an Environmental Protection Agency SWAT team in. As far back as he can remember, P. D. has had one dream in life: to be British. In high school he frequently put the letter “U” in words with “OR” in them, asked bullies that beat the crap out of him to abide by the Marquess of Queensberry Rules of boxing, and worked at a sandwich shop that sells a PB & J with gummy bears.

P. D. moved on to college where he majored in English, English Education, English Literature, English Poetry, English History, English Bulldogs, English Tea, English Muffins, and English as a Second Language. He then sought a commission in the famed King’s African Rifles, only to be told that he could not since he was an American and the unit had disbanded in 1957. Crushed, he decided to become a teacher in order to ruin the dreams of young children so they would understand his suffering. He writes for us because I know what he did last summer (he went on a lovely vacation to California with his fiance).

My father played the character of a stoner named Chance in the 1970 Christian film The Cross and the Switchblade starring Pat Boone and Erik Estrada (scene starting at about 14:45 below). What the fuck else do you need to know?

By reading this blog, you legally forfeit your right to cry, eat tofu, or watch movies where people kiss in the rain and sh*t!
View all posts by Paul →
This entry was posted in Assholes, BroCast is Awesome, Famous People, Happy Stuff, Nerd Stuff, O Brave New World..., Paul is Grumpy, Ugly People. Bookmark the permalink.