What a shitty goddamn day. It’s somehow warm and clammy out at the same time, like a fat guy’s ass crack. The sky is drab and looks like it might almost rain, which would be a nice change from just looking like the whole world is depressed. I feel like I’m in a horrible poem written by dipshit middle schooler on their feelings about being dumped or grounded or obsessed with Jason Beaver or whoever the fuck 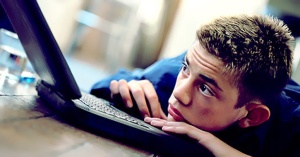 Nobody cares. Shut the hell up.

I mean what the hell? It’s August. It should be nice. We should still be enjoying the warmth of summer as it passes its apex and starts to cool down nicely as we edge towards the fall. It’s a good month. Growing up, it was the month I went with my family to Nantucket every year to enjoy beautiful beaches and Cape Cod sunshine surrounded by good food, old friends, and an unending sea of white dudes in gold-buttoned blue blazers.

I suppose a part of why it feels extra shitty to me, personally, is the lack of air conditioning in my apartment for a week and a half now. The motor burned out in the aftermath of my friend Amanda’s birthday party (pictured below) when frequent blog commenter and friend of BroCast Jason was shirtless and vomiting up several vital organs in my bathroom. I’m not saying that’s what caused it, just painting the scene for you. But it might have caused it. It did.

Why did you puke so hard my AC broke, dude? Also how?

So I’ve been sweating like a poor person in my apartment, less-than-patiently awaiting the delivery of a new AC unit. Granted, I had a little relief from the huge fan I bought and the fact that I got on my parents’ HBO Go account and was able to get caught up on Game of Thrones and The Newsroom. But still, such fine television programs would have been better viewed in a nice, cold apartment.

Ah, nothing like watching Roose Bolton’s bastard son cut off Theon Greyjoy’s penis with a hot knife to take the heat off.

And today, at long last, my spoiled ass got its cool breeze back so I can wallow in my own crapulence in comfort once more. So, in light of my joyful development, I will go all Jean Louise and list a few uplifting things on my mind today. So join me, won’t you, in giving the finger to this shitty fucking weather. Happiness: Go!

Yes, crapulence is a real(ish) world. Mr. Burns said it once.

1. Game of Thrones and The Newsroom. There’s still awesome television out there, and not all the spoiled bitch housewives and talent shows judged by Howard goddamn Stern in the world can take that away from us. Also, it was a great season of The Venture Bros, but less of you chuckleheads probably watch that bowl of awesome-sauce. 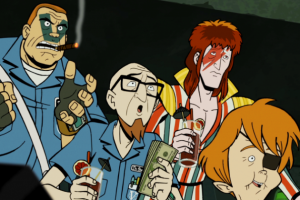 For those of you who have no earthly idea what’s happening here, I pity you deeply.

2. In 1834 on this day, slavery was abolished in Great Britain. Good move, you Limey bastards. Though it did take another six years (to the day) for them to emancipate all slaves throughout the Empire. So…partial credit.

They still beat our lazy asses to the punch by a few decades.

3. Minnesota and Rhode Island today began issuing marriage licenses to same-sex couples. Not surprising, really, aside from the implication that gay people live in Minnesota. 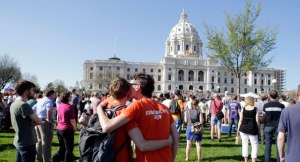 Look, there they are! I’ll be damned.

4. Both Israel and the Palestinians and the US and Pakistan are on track to restart talks relating to their respective political and military kerfuffles. Likely it will be the usual inconclusive and frustrating horseshit. But hope springs eternal, I suppose.

5. It’s not too late for all the copies of The Smurfs 2 to be engulfed in a ball of fire conjured by a just and powerful wizard before the movie opens.

6. Silvio Berlusconi is still going to jail for fraud, leaving more attractive hookers for the rest of us. Also justice in Italian politics blah blah blah who gives a tit.

Speaking of tits, there’s some of Silvio’s old friends that are, shall we say, up for grabs. Eh? EH?

7. Lance Corporal Myles Kerr. Even though wearing your cammie trousers in a civilian setting is a violation of uniform regulations. 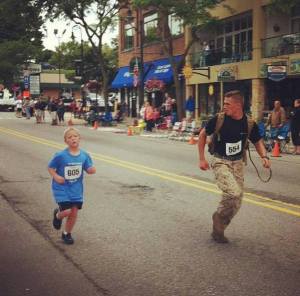 I mean, I wouldn’t have busted him, but I guarantee some dickhead SNCO is chewing his ass tomorrow morning for that. 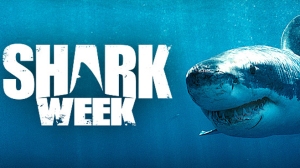 Sharknado ain’t got shit on this!

9. Alex Rodriguez may get a lifetime ban from Major League Baseball. As a lifetime, diehard New York Yankees fan, I can only say “huzzah!” Screw that guy.

Yeah, look at yourself. You are the worst fucking thing to happen to my favorite team since Billy Martin died, you prick.

10. In 1980, Vigdis Finnbogadottir was elected President of Iceland. She was the first female democratically elected head of state in history. Yes, Vigdis is a lady name.

I’d finnbogadottir her vidgis, if you catch my drift. I certainly don’t.

11. Remember Senator John McCain? You know, the old John McCain. I mean, not age-wise, because he’s old as dirt’s great-fucking-grandpa now. I mean McCain from pre-2008 election. Before he sold his soul to the radical right and the burgeoning Tea Party sector of the Republicans. Before Sarah “Oh Fuck No, Really?” Palin. The one who stood up for values he truly believed in, had a sense of humor, and respected his opponents. Remember that one? The one we could admire, even if we didn’t always agree with him? Well it’s looking more and more like that lovable old coot is coming back. We have missed you, senator. 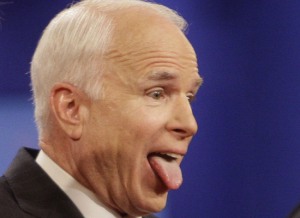 12. My air conditioner is fixed. Suck it, mother nature! 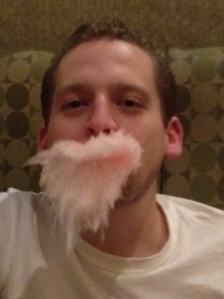 Seriously though, bro, don’t puke-break this one.

13. The very fact that I was far from the only person who, during episode 7 of GoT this summer, had this thought in this moment: 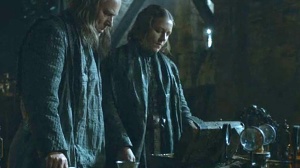 There, that’s it. All the happiness you fuckers will get from me. I also beat Uncharted 3 last weekend, but, honestly, it was more frustrating than fun. Who the fuck was the game developer that decided jumping puzzles are still fun in this day and age? Son of a bitch, now I’m angry again. Enjoy August, assholes.

4 Responses to Cheer Up, Stupid!