Hate the Playa, But Should We Hate the (Ender’s) Game?

Great writers are no exception to this rule. Why, look at me. Over here! See me waving? Hi! I’m an asshole. But famous authors can be dicks just as much as humorous and charming blog writers. Mark Twain served in the Confederate Army (for two weeks). Charles Dickens was kinda racist and quasi-admitted later in life that he hadn’t been a big fan of the Jews when he was younger (What? The guy who wrote Fagan was anti-Semitic? Whodathunkit!). Rudyard Kipling came up with the idea of White Man’s Burden, for crap’s sake.

Those men are widely regarded as some of the finest authors in history. But that is some grade-A dickbaggery from each of them. Despite all of that I, like most people, feel that enough time has passed between their lives and today that I can just kind of shrug off their offensive and arcane ideas as just one of those shitty parts of the past that, thankfully, have no place in the modern world anymore. Like segregation or trepanning.

Who the hell thought this was a good idea?

But what about contemporary writers with shitty personal beliefs? How can we view their works in the light of their beliefs when they’re still alive to espouse them, even defend them? 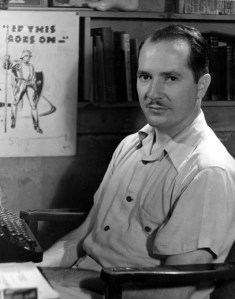 Robert Heinlein’s death in 1988 made it troublingly easy to forget about all that creepy incest and pedophilia shit he wrote.

Ender’s Game is an amazing book. Let’s just get that out of the way right now. It won both the Nebula and Hugo awards for best novel when it debuted in 1985. It’s an anti-war book that is so goddamn good that it is has been on the Commandant of the Marine Corps’ Reading List for as long as there’s been one. It is a universe-spanning sci-fi tale of adventure, hardships, humanity, family, and all that other good shit that makes for compelling stories.

Not to mention the wanton reckless endangerment of young children! Wheee!

Various studios have been trying to adapt it to the big screen ever since it was published and, at long last, production began in February of last year with a budget of $110 million, a fantastic cast (Harrison fucking Ford, bro), and a director who, so far, has done one good movie (which I haven’t seen) and one that was total shit (which I have seen). I, and millions of other fans of the novel, rejoiced at the thought of finally seeing this imaginative and wonderful tale brought to life in film form. Then we learned a bunch of stuff and that all turned to shit.

Orson Scott Card, the author of Ender’s Game as well as a number of highly popular science fiction novels, is an asshole. Specifically, he is an asshole on the subject of marriage equality and gay rights. And he is a GAPING one.

Card is a devout Mormon (as in his great-grandfather was Brigham friggin’ Young) and was a strong opponent of the repeal of the Defense of Marriage Act. He wrote articles in several religious periodicals illustrating the depth of his douchebaggery (I can’t even begin to summarize this article, wherein he rails against gay marriage, single mothers, and the government. It is fucking frighteningly bizarre). He was a member of the National Organization for Marriage (NOM), who you probably remember best for making that laughably insane anti-gay “Gathering Storm” commercial back in 2009.

Futurama‘s version of it was still less ridiculous than the real one.

I, and many others, didn’t know any of this shit until early March of this year when GLAAD issued a statement criticizing Card’s views. Until then, his anti-gay politics had been kept on the down low, expressed solely to those who already shared them. To countless readers like myself, he had just been another goofy looking old guy who could spin a good yarn about outer space and lasers and what have you. Needless to say, it was a very unpleasant surprise.

He probably hates gay people because one of them made fun of his stupid fucking haircut.

The shitstorm aimed at Card escalated two weeks ago when the self-described “queer geek community” Geeks Out started a campaign to boycott the film. The author immediately responded by issuing the mother of all sore loser statements in Entertainment Weekly. It was a curt, grumpy, written version of some kid losing an argument and going “Fine, you win! Have your equality! I’m going home!” before stomping off.

“No, YOUR definition of marriage is the poopface!”

He even smugly dares the “victorious proponents of gay marriage” to be tolerant and forgiving of those that fought against them (especially those who have a multi-million dollar movie premiering in the fall, I’m sure). Yeah, because homosexuals are so unforgiving. That’s probably why GLAAD would never give an award to, oh, say the President of the United States who signed DOMA into law in the first place. Oh wait…

Nowhere in his little fume was anything close to an apology. And so what? We live in a country where people have the legal right to be assholes. So he can hold onto his bigoted beliefs until the day he dies. If you want to try to change his mind, go right ahead. Personally I’ve got shit to do, plus he lives in North Carolina somewhere.

Here’s the thing for me, though (and probably lots of folks like me): I still really want to see the movie. It has the potential to be an incredible film and, even as I watched this controversy unfold and was drawn deeper into the disappointing maw of Orson Scott Card’s aforementioned metaphorical asshole, I still hold to that hope. It just looks awesome:

I still enjoy reading Dickens and Kipling, despite their faults. Mark Twain is an American icon. I still love the hell out of films like Braveheart and Chinatown, despite their creation at the hands of an anti-Semite and a freaky little pervert, respectively. But in this day and age, with the creator of Ender’s Game and his disgusting personal beliefs staring us square in the face before we even have a chance to judge the film version on its own merits, can I, in good conscience, see it?

You gotta admit, that creepy sex offender sure can direct the hell out of a film.

How bad should those of us who still plan on buying tickets come November feel that some fraction of that money will go to someone we can all agree is a cock? Well, Lionsgate has already released a statement condemning Card’s views and asking that the film be taken without considering them as a factor. The producer said he didn’t even know about the author’s beliefs before production was underway. Card did not appear at the Comic Con panel for the film, likely at the behest of the studio.

“Orson Scotchguard, you say? Never heard of him.” 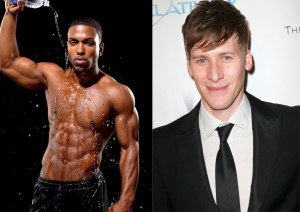 Seriously, which of these two looks like he should be named Dustin Lance Black?

At the end of the day, I’m still going to recommend that people see this movie (unless it turns out it’s a turd of a flick, in which case fuck it). The story in Ender’s Game is universal and meaningful, no matter where it came from. Without spoiling too much, the great lesson to be taken from the book is that misunderstanding and failure to communicate with those who are different from you can lead only to tragedy. That inherent fear of what you find strange begets nothing but pain for all involved.

Hmm, you know who could probably stand to learn a thing or two from that kind of thinking?

By reading this blog, you legally forfeit your right to cry, eat tofu, or watch movies where people kiss in the rain and sh*t!
View all posts by Paul →
This entry was posted in Assholes, Current Events, Equality, Famous People, Hatred, Headlines, Movies, Nerd Stuff, Rage, Sci-Fi. Bookmark the permalink.

1 Response to Hate the Playa, But Should We Hate the (Ender’s) Game?