Giant Robots Punching Monsters and Fritos: What Gives Me Hope

We suck. All of us. Everyone, even the people not reading this blog. Nay, ESPECIALLY the people who don’t read this blog. They are the suckiest of all. But those of you that do are still pretty terrible as well. 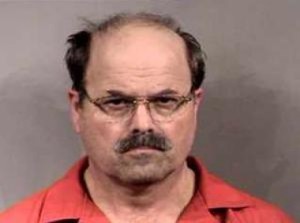 A prime example of someone who doesn’t read our blog.

Jean-Paul Sartre once said that hell is other people, and I think I’ve made it clear to you folks over the last six sentences/two months of blogging/twenty-seven years of life that I find that crazy-eyed, existentialist Frenchman right on the money. Don’t get me wrong, I’m not a “We are a plague and the world must burn!” kind of misanthrope. I’m more the “Well, this is all kind of an aggravating bummer, pass me a beer,” type. Less Agent Smith, more Kilgore Trout.

“Human beings are a disease, a cancer of this planet…Hmm? I don’t know, an IPA if you have one.”

Now, most of the other people in my life are content to nod and grunt in agreement because they are intelligent enough to realize that, like usual, I’m right. There are, however, a small minority of starry-eyed fuckwits who seem to never tire of trying to convince me that human beings are really a decent sort of critter. And before I can get mid-eye roll, they always like to bust out some big news story or statistic or tale of some famous heroic individual that proves them right. They are not. 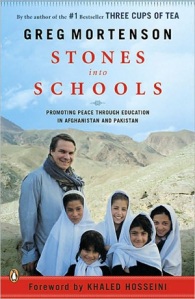 Remember what a cock this guy turned out to be?

The big one that seems to be the favorite to throw in my Scrooge-like, albeit handsome, face this week is the aftermath of the Zimmerman trial. There is this perverse satisfaction that a lot of people seem to be enjoying over the fact that nobody rioted after the verdict. Guess what? Not rioting is what people are ALWAYS supposed to do. Pointing to protestors and saying “See? They’re being peaceful (southern California notwithstanding) in their outrage. Isn’t that wonderful?” just proves how fucked we are. If we could say “See? They’re being peaceful in their outrage. Just like usual. And nobody cares about southern California, because we’ve fenced it off to let the residents eat each other like they deserve,” then we might have a chance. But nobody fucking says that, because we’re usually crazy assholes.

In 2011, this man, along with 3 others, was stabbed because the Bruins beat the Canucks in the Stanley Cup. Where’s your holier-than-thou bullshit now, Canada?

The protests over the Zimmerman trial, like with anything else worth protesting, SHOULD be peaceful. They should be for mournful reflection on how terrible the death of Trayvon Martin was and what can be done in the future to prevent innocents losing their lives because of the fear and idiocy of another. And yes, for the record, I hold to the theory that George Zimmerman was not racist, just stupid (although racism is, of course, just a very specific form of stupidity). 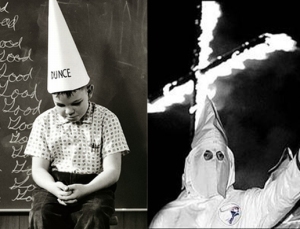 And so, the do-gooders throw their lily-white, soft hands into the air because I have defeated them again with the logic of the horrorshow of humanity. “So that’s it? We’re completely hopeless?” they ask with snarky, wavering voices as tears well up in their milky eyes. No, you schmuck, there is absolutely hope for humanity. But there’s rarely enough. And it’s never in the stupid places you foppish dandies look for it.

Who dresses like this? It looks like your shirt is trying to escape out through your coat sleeve.

To prove my point, which unlike yours will be true and poignant, I will share the two things this week that gave me hope for humanity. The first, as any idiot can probably guess from the title of this post, was the current summer blockbuster Pacific Rim. Yes, it is a movie about giant robots (called jaegers) with human pilots fighting colossal monsters from another dimension that rise up out of the sea (called kaiju) to destroy mankind. That’s it. And it is AWESOME.

Until this movie came out, I had no interest in seeing it. I’ve never cared for any of the Godzilla movies or all that crazy Japanese cartoon crap with the huge fighting robots in space and oddly proportioned female characters. I figured this would be just another low-end rider of Transformers’ shit-stained coattails. But then the reviews came in and they were all raves. My interest was piqued. So, when our resident circumlocutory windbag/Ginny Weasley defender P. D. Montgomery texted me yesterday afternoon asking if I wanted to go see it in IMAX 3D, I graciously accepted. 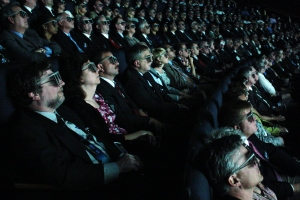 Even so, I was unprepared for how great this movie is. It is a shining piece of proof swimming in a pool of turds (Lone Ranger much?) proving that people in Hollywood still know how to make something that is pure, uncut, non-stop fun while still being smart as hell. The script is great, the effects are spectacular, the fight scenes are heart-pounding, and the cast is excellent all around. When you have Detective Chief Inspector John Luther and Charlie teaming up to defeat giant space monsters with a little help from Ron goddamn Perlman, how the hell can it be anything less than spectacular in every sense of the word?

The space monsters never had a fucking chance.

So why does this transcend just being a wonderful film and cross over into being a beacon of hope for me? Because in a world where one of the Kardashians has yet another show bubbling to the surface of the sickening morass that is television and the fact that Kate Middleton hasn’t pooped out her baby yet is “headline news,” Pacific Rim and its success prove that not only is there still brilliance and fun out there, but a whole lot of people will still appreciate it when they see it, to the tune of $102,164,000 (so far).

Click on this image. In case you can’t tell, that’s a gif of a jaeger using a cargo ship to smash a kaiju in the face in the middle of Hong Kong. Don’t worry, it would be wrong if this DIDN’T arouse you sexually.

The second hope-worthy occurrence I witnessed this week was nowhere near as mind-blowing or ass-kicking, but was meaningful all the same. This past Sunday I was standing in line at the supermarket across the street from my apartment buying the large quantity of beer that led up to Eric and I drunkenly belting out Colors of the Wind during this week’s episode.

It being relatively early on a Sunday for me (before 3pm) and given that I was still sober, I was about as grumpy as usual. The place was mostly empty, with only two people ahead of me in line. But the person being checked out at the moment had a metric shitload if items and it felt like it was taking forever. Not that I can blame them for doing their grocery shopping, of course. But at the time, I fucking hated them.

WHY COULDN’T YOU HAVE JUST STAYED AT HOME AND STARVED TO DEATH?!

The customer ahead of me in line was an obviously exhausted father with a handful of small items and his young daughter of about four or five in a frilly pink dress. Now, kids in public places typically annoy the hell out of me, so when the little girl started shrieking and crying for no apparent reason, I felt my eyes start to roll back in my head like a shark about to eviscerate a seal. The dad tried to speak quietly to her and calm her down, but she was having none of that shit. 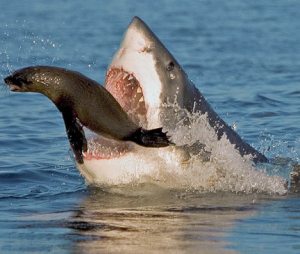 I get this way whenever anyone talks about how hard their spin class was, too.

The cashier, this very quiet, deliberate old woman who I see working there all the time stopped scanning items, leaned over the conveyor to the girl and, with a huge smile on her wrinkled face, said, “Tell you what, sweetie: you see them chips over there? You go pick out a bag of your favorites. Okay?” The whole place seemed to go quiet as the little girl, still sniffling, went over to the nearby rack of snack chips and carefully perused her options for what seemed like an hour. You could have cut the tension with a goddamn knife. She chose Fritos.

Personally I would have gone with the Honey BBQ Flavor Twist variety, but whatever works for you.

The dad opened his wallet, but the cashier shook her head at him. He looked down at his daughter and she grinned up at him, holding the bag of chips tight to her chest. He let out a sigh like he’d just finished running a marathon. The cashier went back to scanning items. The little girl just kept smiling and started munching on her new snack. I nearly wept. 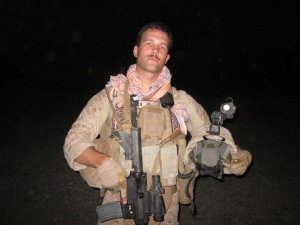 Obligatory photo to regain my manhood.

It was such a tiny moment of beautiful, simple kindness from one hardworking stranger to a sad little girl and her weary dad; the perfect little everyday good deed everyone always talks about doing but you rarely actually see. Giving your pocket change to a homeless guy so you don’t need to feel guilty in your air-conditioned office all day or donating clothes you don’t wear anymore (or the butt-ugly ones you get from tasteless relatives) is all well and good. But someone who goes out of their way and their own pocket just to make a little girl smile truly understands the idea of how little bits of happiness and hope can really count. And someone like that is a damn good reason to cancel the apocalypse.

Get me in a jaeger, Marshal Pentecost! Let’s fuck some shit up for humanity.

1 Response to Giant Robots Punching Monsters and Fritos: What Gives Me Hope