Earlier today I was chatting with one of our office’s current disposable menial laborers/unknowing organ farms (I believe the colloquial term for them is “summer interns”) about film school. Specifically, how terrible it is and that the rotten people who go there tend to just be the worst kind of pretentious scum this side of the East River. Or really either side, honestly.

I slogged my way through a degree in Film and Television and fought tooth and nail with every pretentious windbag that ever so much as thought the phrase “Italian neo-realism” without rolling their goddamn eyes. Oh wow, you wrote an incomprehensible and dialogue-free script about a lost little boy who finds a robot version of his mother and then dies on a park bench to symbolize your childhood? Nobody cares. Your senior project is a two-hour film about “light and soundscapes” and how they relate to the War in Iraq? You’re a moron. You think that Knocked Up was allegorical chauvinist propaganda supporting rape? I honestly have no fucking idea what to do with you.

Where are you getting this shit?

Yes, all of those were real things said or done by real people I went to college with. And I’m gradually coming to terms with that fact. By trying to figure out which alcohol will specifically target the brain cells that house those memories. It’s definitely some kind of gin, I’m still figuring out the brand. Tonic and lime slices optional.

A few more bottles of this and I will have erased all memories of my horrible ex-girlfriend, whoever she was.

Obviously, those kinds of art house shitheads, and the esoteric and frequently self-righteous crap that they love, are easy to hate. Frankly, I could start writing now about that garbage and keep going until the day I die (from my helicopter crashing into my luxury yacht during a jewel heist) without having to pause for a moment’s thought. However, I will instead put a slide of my own kind’s DNA on my rage-lectron microscope and examine some movies that, while typically widely beloved by Bro’s, are as bad and/or tiring as any bullshit I had to watch in FT-360.

What moron thought a college film screening class at 9am on Fridays was good idea?

Fight Club – I deeply, deeply loathe this movie and always have. It is the Catcher in the Rye for our shitty generation, and I hated that book as much as I hate the equally shitty generation for which it served as their Fight Club. It is a steaming pile of the kind of vacuous crap that frat guys yell over each other in unfinished basements when they’re slightly more drunk than high to justify why what they do is all about “freedom” and “reclaiming masculinity.” Society isn’t the problem, you festering jackanapes, it’s worthless people in society. Like anybody that likes this movie. It’s the same pseudo-intellectual, faux-counterculture bullshit that makes regular film kids so goddamn annoying, but with a thin veneer of dudes punching each other/homoeroticism so you can feel like a badass. If you look up from this paragraph and can see the poster from this movie near you, either tear it down or go make like Ben Roethlisberger and headbutt a moving car.

Though I do think Edward Norton should have acid poured on him more often.

The Hurt Locker – “…efficient standout that simultaneously conveys the feeling of combat from within as well as what it looks like on the ground.” – Lisa Schwarzbaum, Entertainment Weekly

“Someone, do us a favor and tell our story properly.” – Paul Rieckhoff,  founder of Iraq and Afghanistan Veterans of America.

Yeah the critics loved that one, but I’m with Paul and all my other fellow veterans on this. If Jeremy Renner had ever been under my command, I’d have sent that buddy-fucking cockbag to make pals with Bradley Manning in the Quanitco Brig for the rest of his goddamn life. 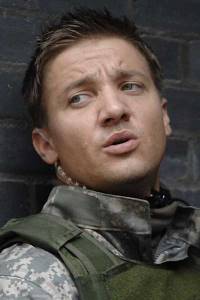 Everything Quentin Tarantino Had Ever Done Before 2009 – Hey, remember that movie where it had some snappy dialogue and that one cool character with a small but memorable part? And there was all sorts of crazy, badass violence that gave anybody who watched any Saw movie after II a very uncomfortable boner but the rest of us just kind of got tired of? Come on, what was it called? There’s that poster of it next to the Scarface one! Uma Thurman/Samuel L Jackson was maybe in it?

Old School – We all need to come together and admit two things that everyone is a little ashamed of: 1) we’re all tired of this film, 2) at some point, however briefly, we thought Dane Cook was funny. Let the healing begin.

This movie has about two more years, tops, before it’s in the same place in our minds.

Scarface – Whereas some of these films were terrible from their moment of creation, this one inspires more of a feeling of weariness than pure hatred. It was never a great movie at any time, but it was an enjoyable one. Quotable lines, good crazy crime action, Al Pacino trying to do a Cuban accent that sounds more like he’s eating chunky peanut butter while recovering from a jaw-shattering kick from a mule, Michelle Pfeiffer, all good stuff. But it’s not an amazing movie, and by no means a great one. Yet I defy you to find one multiple-bro dwelling in a five-mile radius of any college that doesn’t have a poster for it inside. Either the official one, or that even fucking stupider one of Al Pacino in a hot tub. Who the fuck wants to see that when they use the kitchen in the morning? This endless worship of a psychotic, decadent drug dealer by douchebags is exhausting. Not to mention the poster is frequently displayed in the same room as the Fight Club one, making your “deep appreciation and understanding” of both hypocritical on several (retarded) topics. Namely, the importance of money and materialism. Is it all-important, or meaningless bullshit that ruins our manhood? Can’t be both, fucknuts.

Though both films did share the sentiment that freaky-haired, slack-jawed women are attractive.

Swingers – The Old School of the nineties. If you still even remember this movie, I have some brands of gin to recommend for you. You’ll thank me.

Now, just like when I did my last film roundup, I will readily admit that there are surely other infuriating/stupid/insufferable/doodyhead-times-infinity-plus-one/overrated movies out there that are otherwise “beloved” by the Brommunity. Feel free to send me your suggestions that I will mock and/or ignore. Or mocknore, which is a special skill of mine.

I learned it the same way I learned how to fake being a doctor in bars. From this man.

Now if you’ll excuse me, I have to go experiment to find which brand of bourbon will help me forget the only seventeen minutes of one of those fucking Twilight movies I ever saw. Ugh. 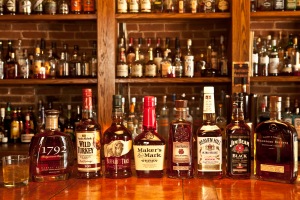 By reading this blog, you legally forfeit your right to cry, eat tofu, or watch movies where people kiss in the rain and sh*t!
View all posts by Paul →
This entry was posted in Assholes, Drinking, Hatred, Hipsters, Kill Yourself, Lists, Movies, Nerd Stuff, Paul is Grumpy, Quotables, Rage, Veterans. Bookmark the permalink.