It could be today’s Tom Waits/Neil Young/Sad Old Man Songs Forever playlist talking, but it is a decidedly down in the dumpskies type Saturday around here.  Maybe it’s because there is a series of unpleasant tasks I’ve procrastinated, threatening to eat my little weekend alive.  Maybe it’s because I read the news.  Maybe I haven’t had enough coffee.

That’s probably not it.

Maybe it’s because I subjected myself to this “30 under 30” list- “The Most Powerful 20-somethings in NYC”.

Not surprisingly, it’s a lot of pretty young people mogul-ing this and that.  I have not mogul-ed a single thing!  Is that what’s bringing me down?  Couldn’t say.  However, I’ve resolved not to be a bitter and miserable whiner every time I sit down to blob at you.  Which is what we might call this manner of blogging in which the delivery of thoughts from my brain most resembles your lunch lady piling mashed potatoes and mystery gravy on to a plastic tray.

I don’t care what you think, that stuff was good. 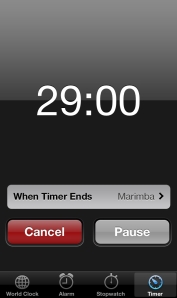 I’m not fucking around here.

2. I had plenty of Baileys to put in my coffee this morning.

4. Yesterday when I was at a Whole Foods in midtown “Call Me Maybe” came on the radio and nearly the entire store started bobbing their heads and singing.  Aw.

6. My bathtub is leaking, but it isn’t leaking that bad.

8. Just kidding.  I call mine Cigarette.  Take him out for a drag now and then.

10. None of my houseplants are dead.

11. Did you know that 11 is my favorite number?  I’m not even making this up because making this list is so damn hard.

12. If you like sun and heat, it’s a really nice day outside.

13. If you don’t like those things, it’s a really nice day inside.

15. I had a brunch of pizza and licorice because I can if I want to.

23. I might not even have to plug in my computer before this thing is done.

2 Responses to Beating the Blues