Death be not proud…be hilarious!

My post last week was, admittedly, kind of a downer. A lengthy diatribe on the most depressing deaths of some beloved fictional characters is not something to put a smile on my fellow nerds’ faces and a spring in their collective dorky step. And I hadn’t even begun to scratch the surface of all the calamity that has struck the various worlds of make-believe that I hold dear. I could have spent a whole day writing about the childhood-shattering moment when Marvel started allowing the GI Joe comics to kill Joes and the writers celebrated with a massacre of POW’s that would make Sam Peckinpah choke on his bourbon. 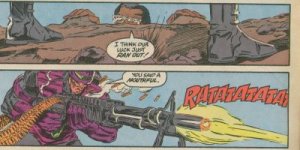 Granted, it was nowhere near as painful to see as the metaphorical massacre that was the live-action GI Joe movie that Stephen Sommers shat into our collective consciousness back in the innocent days of 2009 (Oh what, you liked it? Thought it was fun? A good summer action romp? Guess what? You’re stupid. And you always will be.) 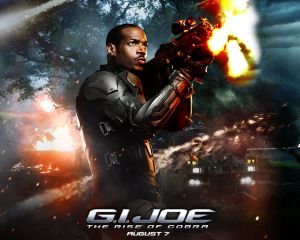 I am an angry man. But usually right. I could go on.

However, I will take today to respond to my own harangue of sadness with a thematic flip-flop. The light-hearted yin to last week’s bummer of a yang. The level of swearing will probably remain constant. Shitcandybitchfart. Yes, today I will examine the humor that can come from real-life death. See that? I not only switched the sad theme to funny, but also the fiction to non-fiction. The death part is staying where it is. Deal with it. “Humor in death?” you ask, with your eyebrows jumping and monocle flying, “What malevolent buffoonery is this?!”

If you’d just calm the hell down and give me a minute, I could explain. See, when people die, they tend to have some sort of final statement or witticism (if they happen to be witty) that are qualified as one’s “last words.” Sometimes if the person is a celebrity or the words are most droll, the “last words” become famous. Hence the well-known phrase: “last words of individuals that are widely known.” Or something. Fuck, I don’t know, P. D. Montgomery is the grammar…word…stuff…guy…penis. Regardless, these are some of the prime examples of when someone’s last words can let us see the light side in all parts of life, including its end. Also, a bunch of these people were widely regarded as total cuntfaces, so it’s extra okay to laugh.

Ha! Sucks to be you, you dead fucking scumbag!

Man, that guy was awesome. He probably died from an overdose of HILARITY! Ha! Hmm? What’s that? Pneumonia? Oh, that’s way more sad.

Oscar certainly drew first blood in said duel with this cutting zinger. But at the end, the wallpaper still stood and the great writer lay dying, bleeding out from multiple paper cuts.

The face of a killer.

Billy, a notorious teller of awful knock-knock jokes, was trying to prompt acquaintance Pat Garrett to respond to his opening line. After two straight hours of repeating the prompt, Garrett, understandably, snapped.

In 1979, a young Georgian boy named Johnny finally succeeded where the famous Scottish outlaw failed and defeated Satan in a fiddle contest.

This one’s for you, Rob!

Atop a big ol’ pile of naked ladies. Just like every other day. Ungrateful bastard.

The beloved actress was halfway through listing the ingredients to her secret marinara sauce recipe. The rest died with her.

This had been preceded by the question “What’s your biggest regret, Sam?” and was quickly followed by “Who the hell is Margaret?”

“I should never have switched from Scotch to Martinis.” – Humphrey Bogart, 1957

Make the man proud. Keep drinking scotch. All of you. Right fucking now. Not kidding.

Scotch saves lives and helps makes everything warm and fuzzy. It’s like a vaccine made of chinchillas.

“Let me die in the old uniform in which I fought my battles for freedom, May God forgive me for putting on another.” – Benedict Arnold, 1801

Arnold, a notorious fashion maven in his older years, realized all too late that the blue of the Continental Army uniforms was much more flattering on him than the garish red of the British.

Carson was anorexic and everybody knew it. It was his not-so-secret shame.

Obviously he had melted it. Sometimes old people forget stuff.

“I am sorry to trouble you chaps. I don’t know how you get along so fast with the traffic on the roads these days.” – Ian Flemming, 1964

Quipped moments before hitting a switch on the dashboard of his custom Aston Martin that coated the road behind him in an oil slick, causing the car full of villainous henchmen that had been chasing him to skid and crash into an oncoming truck. He then smirked into the rearview mirror while adjusting his bow tie and died of a massive heart attack.

Said while on his deathbed in response to a priest who asked him to renounce Satan. Then he started tuning up his fiddle.

“I’m ashamed of you, dodging that way. They couldn’t hit an elephant at this distance.” – Major General John Sedgwick, 1864

Said to his troops at the Battle of Spotsylvania Courthouse mere seconds before a Confederate sharpshooter shot him in the face. Seriously.

Whoo, excuse me, I have to wipe a tear from my eye. Laughing so hard. Some real knee-slappers up there. I hope you’ve all been able to get some good giggles in to make up for bringing you all down to sad town last week. Just goes to show that there is comedy in everything and some people showed it best by leaving this world with a smile and a wink. Other people were idiots and that’s always funny. So cheer up, have a glass of scotch, fix a bowl of chili, and for shit’s sake, if angry rednecks are shooting at you, duck.

By reading this blog, you legally forfeit your right to cry, eat tofu, or watch movies where people kiss in the rain and sh*t!
View all posts by Paul →
This entry was posted in Assholes, Death, Drinking, Famous People, General Ranting, GI Joe, Quotables. Bookmark the permalink.