What I Learned on Boxed Wine Day

Friday was Nation Boxed Wine Day. It is a day in which we celebrate the wonder that is a fermented grape product in a plastic bladder hastily shoved in a box. It is a day in which like minded individuals gather together, sample the abundance of flavors available, and make discerning judgement calls about which flavor profile best stimulates their palate.

Maybe, it’s just another day to drink away the pain of underemployment and the existential employment. I honestly don’t know because I wont pay for therapy anymore. Here’s a Bro’s guide to drinking wine:

Pretend you are Robert Baratheon

This is the easiest way to make wine tolerable. Slop some Jesus Juice on your regal beard and loudly discuss “Making the Eight” with anyone who will listen. They should all listen, because you are the king of the seven kingdoms. Be lecherous, and see if you can monger up some whores. If this isn’t working for you because you have lady bits, just pretend you’re Cersei.

Make snippy comments to the other ladies of the court, try to kill your halfling brother and sleep with the other. For your own sake make sure you don’t mix the two of them up. Jean Louise, do not sleep with P.D. that’s too much interblog drama. 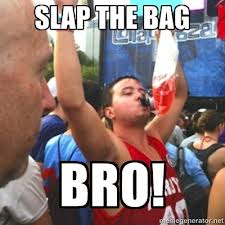 He said “Bro”! And we’re BROcast. This is funny.

Slapping the bag naturally “aerates” the wine, which is a word I heard a european waiter use once. This is… good for the wine? Since some of you uncouth savages might not know what this means I’ll let Wikipedia explain:

First, the participants acquire a bag of wine, or boxed wine and remove the bag from the box. One participant holds the bag at their eye level, while another bends down or kneels in front of the spigot. Next, the bag-holder then opens the spigot while the drinker chugs as much of the wine as possible. Once they have reached their limit, they slap the side of the bag as forcefully as possible to indicate to the bag-holder that the spigot should be closed.[1]

The believed original object of the game was to attempt to slap the bag so hard that the person holding it (other team) would lose their grip and the bag would go sliding across the pavement. Each failed attempt of knocking the bag loose would be followed by taking a long drink directly from the spigot for how ever long seemed suitable.

Another variation allows for the drinker to manage the spigot his/herself and slap the bag as a ceremonial finish.[2] Then, the bag is passed on to the next participant, and the procedure repeats until either the players are done drinking or the wine is depleted. Another variation can involve timing the drinkers to see who can chug the wine the longest thus allowing there to be a ‘winner’.[3]

A different variation has also emerged, in which participants give the bag a ceremonial slap prior to drinking from the spigot. Said slapper then in turn holds the bag for the next participant. The process is repeated until the bag is finished or the participant’s intoxication has reached unmanageable levels.

This is how to class it up.

This is the big secret behind wine. NOBODY knows what wine actually tastes like. Sommeliers are liars and snake oil salesmen. 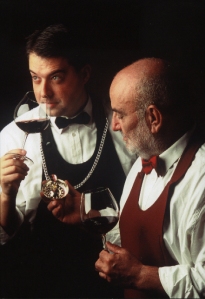 Just tell those assholes there’s elderberries in there.

Here’s a quick and dirty guide to Wine Words and when to use them:

Aroma: Never say “This here wine smells better than grandma’s cherry cola pulled pork!” instead, refer to the ‘aroma’ and the ‘bouquet.’

Blowzy: If a wine tastes like ‘Squeez-its’ then you say it’s ‘blowzy’

Complex: This is the word you use to describe the wine your girlfriend’s father just served you. see also expensive, robust.

Earthy: When a wine is rich in Geosmin it tastes like dirt, and wine people like that.

Full bodied: Wine that will get you drunk. When ordering wine in a fancy establishment it is frowned upon to ask what will get you the drunkest; instead, ask for a full bodied wine. The server will understand and you will get drunk enough to put up with your cousin’s wedding.

Legs: You may be tempted to use this word, but don’t. This is how the wine industry will know you’re a fraud.

Reticent: This is a nice way to call wine cheap. use it to burn your friend at your next Cougar Town viewing party.

Smooth: This is what you call wine that normal people might enjoy drinking.

Tannins: Say this when you’re drinking red wine. This proves that you know the word, which means you know wine.

Undertones: When describing the taste or scent of wine never fully commit. If you say that the bouquet expresses an undertone of edlerberries then no one will have the balls to call you out on that, lest everyone else think their palate is less sophisticated see also hint of, on the nose.

And finally, when choosing a fruit to bluff about the undertones, just look at this picture, and pick at random:

Seriously, pick any of them. A hint of pineapple with undertones of fig? Why not?

A final note about food pairing

White food (chicken and some fish) goes with white wine, pink food (salmon) with pink wine, and red food (beef) with red wine. So pair a red wine with your big mac champ. 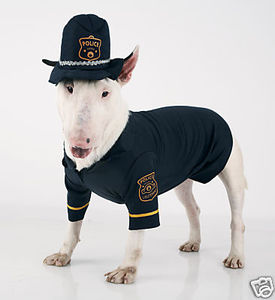 This blog is a court ordered thing, only 78 weeks and I'm out of here!
View all posts by LeeePowers →
This entry was posted in General Ranting. Bookmark the permalink.