Memorial Day’s Coming, So Bear With Me…

…Because this one may get a little heavy. If you’re reading this, it’s a good chance you already know me personally. Or, at the very least, you know Eric or another member of our staff, however tenuously, on Facebook or that site on which we all sell photos of our penises being shoved into various inanimate objects (that one doesn’t actually exist yet, I think, but I’m totally going to start it and call it “InstaCram”). So I don’t need to remind you of my military service like you’re a bunch of sailors trying to start a bar fight with me during Fleet Week or a girl at a bar who isn’t going for my “I’ll put you on the TV box in a commercial for liquor, baby” line.

“That’s right, and my friend Eric here to my left is an editor. So, boobies?”

I also surely don’t need to remind any of you that Memorial Day Weekend is fast approaching. And I just found out I have tomorrow off as well as Monday, which marks the happiest I’ve been to get a work email since the day Major Blanton told me I’d be deploying to Afghanistan because he knew if I went back to Okinawa I’d burn that whole goddamn island to the waterline.

Don’t think I won’t do it! I don’t give a shit if you know karate!*

Regardless of my distaste for Microsoft Outlook and the largest of the Ryukyu Islands of Japan, a four-day weekend is fast approaching and I am definitely looking forward to it. Now, I’m not going to preach, pontificate, or ponderously plumb the implications of Memorial Day. In brief, there are a number of origin stories of the holiday, but all hold to the central fact that it began as Decoration Day after the Civil War to honor the fallen on both sides of the conflict. It started to more commonly be called Memorial Day after WWII and was officially made so in 1967 by the Federal government. Nowadays it is a time of sales, drinking, and BBQ’s. As someone who is personally familiar with people who have given their lives for this country, all I can say is: Fuck yeah. 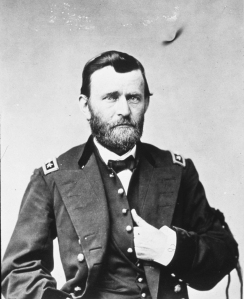 This man would be proud. And drunk.**

However, there seem to be two distasteful extremes to how a lot of adults deal with Memorial Day. On the one side, you have those who have absolutely no understanding of what the holiday is even for. They just know they get a day off to be drunk on a beach somewhere. Another blank square on the calendar they get to fill with fuck all. 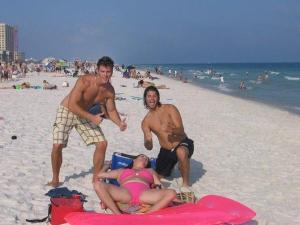 “Antietam? Isn’t that the stuff we put in her drink?”

The other side of the rainbow are those who hold it as a day of nothing but solemnity, angry at those that choose to not sit in silence all day staring at an American flag and being sad. These people are never actual veterans and usually barely knew some guy in high school years ago that died in Iraq and like to bring it up twice a year to justify their self-righteous indignity that people are having fun.

If you don’t wish this man would die with a railroad spike through his genitals, I hate you.

Both groups are just awful people.

So here’s the way you should celebrate Memorial Day: have a goddamn blast. Seriously, the first group has that part right, at least

“Ugh, I think someone slipped some Antietam in my drink last night.”

Go to the beach or a friends pool. Grill up your “special burgers” and smile as everybody tells you their awesome even if they’re crap (Ooooh, you put paprika on it? They’re drunk as shit, they wouldn’t know if you rubbed it on a beached box jellyfish!). Sleep all friggin’ Monday and wake up to shotgun a beer or six (American beers, it’s Memorial Day, damnit). Do all of that. Treat it like the gateway to summer that it is. Dress in all white, because it’s fashionable yet again.

This guy gets it.

It was either the George Herbert or Tupac Shakur who wrote “Living well is the best revenge.” This weekend is in memoriam of those our nation’s enemies have taken from us in combat. So lets, as a country, take this long weekend and have our revenge. Let’s live well, as well as we possible can to show those who have fought us and taken the lives of our bravest that not a single Marine, Soldier, Sailor, or Airman has died in vain. I simply ask all of you that at some point you raise up that burger, brat, beer, or shot, and remember. You can do it out loud, in your own head, with a group, or by yourself. You can do it in a box, you can do it with a fox.*** However you do it is your call. But take that heartbeat to remember why you got to wake up facedown in the sand with a penis drawn on your back in sunscreen. Countless men and women have given their lives for this country, for the ideals that hold it together, and for the people who enjoy those inalienable rights we, as human beings, are all due. You don’t have to know any names, remember any battles, or visit any statues. Just remember. And do it with a smile. Because though many have sacrificed the last full measure, many more can stand tall, yourself included, for them having done so.

Then drink and laugh and rock on. That, as Americans, is how we should always honor our fallen and say “Fuck you” to our enemies. Because we’re awesome. And we have Monday off.

* Not racist, karate was invented in Okinawa. Suck it.

*** Dr Seuss, WWII Army veteran. Yeah, sure, I bet you already knew that. You liar.

By reading this blog, you legally forfeit your right to cry, eat tofu, or watch movies where people kiss in the rain and sh*t!
View all posts by Paul →
This entry was posted in BBQ, Celebration, Drinking, Marine Stuff, Old 'n' Angry, Party, Special Event, Uncategorized, Veterans. Bookmark the permalink.