Another Reason to Hate on Hipsters

“A recent study by Restaurant Sciences found that low-cost beers like Budweiser, Miller Light and Coors Light are going up thanks to the rise in popularity of Pabst Blue Ribbon (PBR)– favorite among the community of bearded men in skinny jeans…The beers are still cheap though, especially compared to a $15 cocktail: A can of PBR can still runs about $3 in some New York City bars, said the Daily News.” 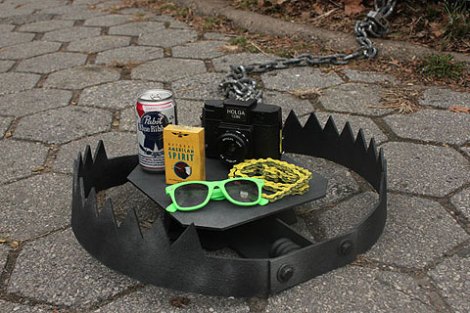 I was going to blog about this, but I realized that I don’t know who our core audience is. If our audience is a bunch of skinny jean wearing pabst swilling brooklynites then I’ll probably just keep my mouth shut. If we have a more sophisticated Manhattanite crowd maybe i can talk about what an absolute circus the New mayoral election will be now that Anthony
Weiner (who totally isn’t running for mayor) was spotted filming a mayoral announcement by NBC (But seriously guys, I’m not running <wink>). 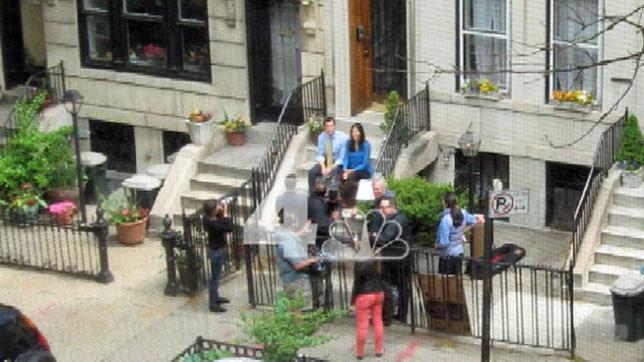 Who knows, now that Snapchat is a thing Anthony Weiner might stand a chance. If our readership skews a little older, I would know that I have to explain that Snapchat is a photo sharing App that automatically deletes the pictures you send after they have been viewed by the recipient. If our readership skews a little more international I might write about the Republic of Macedonia’s bid to enter the EU (or was that just from last weeks episode of “Elementary”), in the event that that isn’t a real thing, I might write about Dina Garipova getting robbed in Eurovision’s song contest, if only to prove that Americans aren’t the only ones who care about such nonsense. My WordPress dashboard shows a reader in the UK and one in Italy, although I suspect that’s bros hanging out behind a proxy while the BitTorrent this weeks Game of Thrones. If our demographic skews a little nerdier I might talk about how NASA just bought a quantum computer, and how that’s actually not nearly as cool as it sounds. 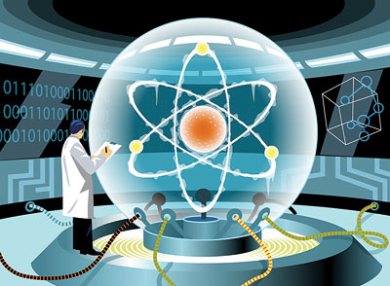 That’s some good looking science.
So hit us up in the comments section, or on twitter @brocastnewsnyc and let us know who you are and why you read.
And now, your weekly dog in a sweater. the only way to get me to stop is to tweet at us: 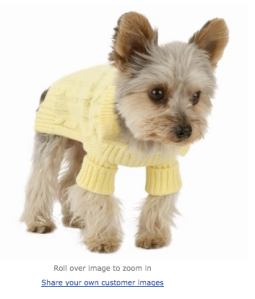 This blog is a court ordered thing, only 78 weeks and I'm out of here!
View all posts by LeeePowers →
This entry was posted in Uncategorized and tagged Sweaterpuppy. Bookmark the permalink.