The View From My New Apartment

It’s glorious. It’s spectacular. It’s splendiferous. It’s an awe inspiring vista of majesty that will make even the most heartless, black-souled atheist like myself question the idea that anything other than a benevolent, loving being could have formed such a place in such a universe of perfectly aligning molecules and substances to reflect light from our warm, yellow sun into the rods and cones of our eyes which allow our impossibly miraculous minds to see the beauty of all you survey from standing upon that hovering slab of concrete that juts out from my new domicile. Shit, I’m out of breath.

So yeah, it’s a big, brick, not-overtly-ugly building complex in Kips Bay. Up the street you can see a movie theater, which makes me happy. I like movin’ pictures. They are pretty. The point is, I have a balcony. And once I get all settled and cozy in my new place, I’ll be grilling up a storm out there all summer with a cooler full of beer and seated upon a mighty throne (the campstool I stole from my friend Rob because he left it at my house when he went to Afghanistan. Suck it, Rob!). 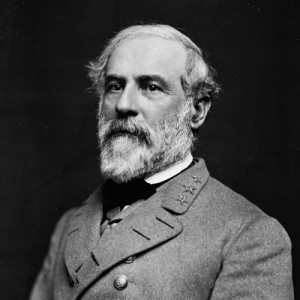 So I guess this makes me a bonafide grown-up, right? Up until now I was just subletting a furnished place from a family friend, and before that it was a series of six month leases outside various military bases broken up by two deployments. Which is why I’ve never owned any real furniture (as in “not from WalMart”). So now I’m shopping for a mattress and bed frame online, and a doing a trip to Ikea next weekend to buy other things that adults have in their apartments, like couches and dish racks and a bidet. Ooh, or maybe one of those cool Japanese toilets with the water jet built in. 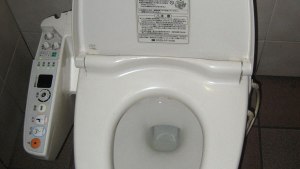 The water jet in these can hit the ceiling of a small bathroom. And yes, I know from experience.

Regardless of what device I end up purchasing to shoot water up my butt, I’m pretty excited about having a place to call my own. Though I gotta get some curtains, cause this guy likes to be naked. A lot. Like, always. Go ahead, try it at home. Or elsewhere. I dare you. Bitch. Still, for me, this is a pretty mature step. I even have a whole box of MRE’s in case the post-peak oil apocalypse hits and I have to hide out for a while until the riots subside and I rise up as King of New York (which I will rename “Manetheren” because I am a nerd and fuck you). MRE’s that I stole from Rob. 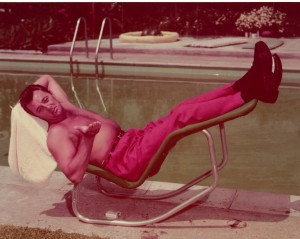 Stil not my Rob, but getting closer.

However, some of my friends who shall remain nameless/referred to by pseudonym (looking at you, P. D. Montgomery!), are hurdling (wordplay pun!) way ahead of me on the path to maturity (read: death). 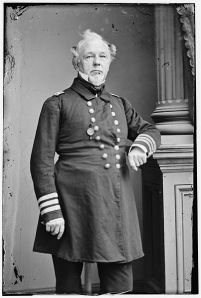 Someone with the last name Montgomery. Possibly ours?

Well, they’re at least one hurdle ahead of me. Specifically, it’s the particular hurdle that clings to your leg and you have to run the rest of the race with it until it finally trips you up and leaves you broken and bloodied, the light fading from your eyes as you crawl across the finish line. And then you look back and I’m having sex with your hurdle from behind, waving my cowboy hat in the air and hollering like Slim Pickens on a nuclear bomb. Yes, I speak of the hurdle of marriage. And my crippling hurdle fetish. 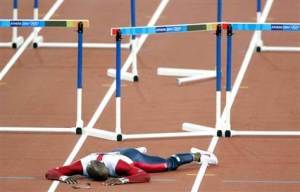 “O, I die, Horatio; the…dude, is that the guy from Blazing Saddles fucking my hurdle?”

Everybody I know is getting married. Weddings all goddamn year for friends of mine. I gotta buy all these gifts, plane tickets, hotel rooms, escorts, additional services from the escorts, plastic tarps, shovels, gas to the nearest empty lot with loose topsoil, bleach, new ties, dry cleaning, snacks at the airports I fly out of, car rentals, etc. Hell, tomorrow I fly to California to spend the weekend at a wedding in wine country. Granted, it will be nice to get shitfaced in my dress uniform yet again, but I guess I don’t understand the rush that so many of my chums seem to be in to tie the knot. 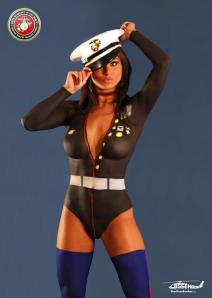 Me in dress uniform.

Maybe I’m just an old sourpuss on top of being incredibly immature. Or maybe it’s because you’re a poopface. With a fart brain. Whatever the reason, I’m not onboard the “getting married young” train that everybody else seems to be clambering atop like they’re trying to get to Mumbai before the rainy season. 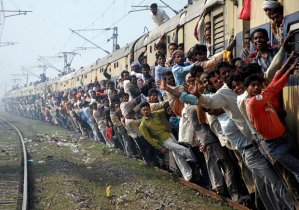 “We’re all registered at Bed, Bath, & Beyond and wherever we can get fluoroquinoline to combat our typhoid!”

I know, pride cometh before the fall, so if tomorrow I meet the love of my life and get married in a whirlwind, I’ll be sure to kill everyone that read this article so no one will ever know my shame at being wrong about myself. Don’t close your browser! I already saw you! IT’S TOO LATE FOR YOU! However, that is unlikely. So, for now, I will shrug my shoulders enjoy the open bars at receptions, ask drunk bridesmaids “How come she got married before you?” until they cry and/or have sex with me, and plan such a bachelor party for Monsieur Montgomery that it will answer the eternal question: what would a crossover between The Hangover and The Deer Hunter look like?

Sadly, you will probably never know. Because I don’t know how to use Photoshop as well as Eric. Which is pathetic. Also, I will continue to enjoy my balcony. By myself in my studio. Naked. As a jaybird. 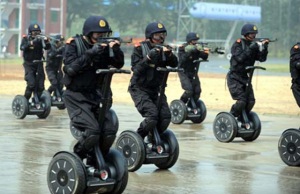 Standing under heavy rain today, President Barrack Obama said he will not form any type of special committee to investigate the recently uncovered targeting of conservative groups by the IRS. The president stated, in response to questions, in the White House Rose Garden that he believes a special prosecutor will be more than enough of a presence to fully probe the extent of the douchebaggery of the Internal Revenue Service. I’m sure the rest of the BroCast staff and I will have more to say on this somewhat boring but very important news story as it develops. So yeah, nothing all that funny to go on with that.

Well, off to go pack my shit for the wedding weekend in Temecula. I’ll be laying out my sundries on the military cot I’m sleeping on until my grownup bed gets here next week. The military cot I stole from Rob. 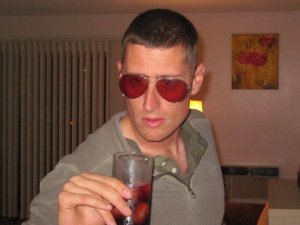 My Rob. Who can suck it.

By reading this blog, you legally forfeit your right to cry, eat tofu, or watch movies where people kiss in the rain and sh*t!
View all posts by Paul →
This entry was posted in Celebration, Current Events, General Ranting, Headlines, IRS, Marine Stuff, Nerd Stuff, Obama, Weddings. Bookmark the permalink.